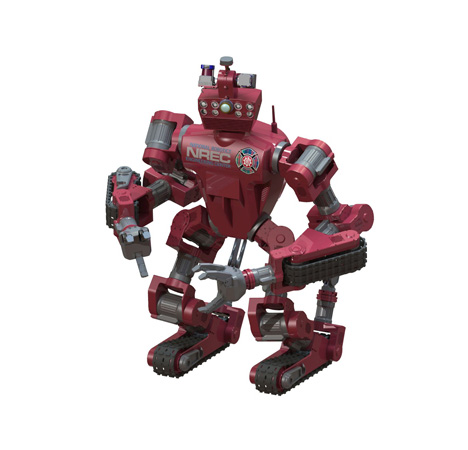 The DARPA Robotics Challenge pits robot against robot to find the one that’s best equipped to act as an emergency responder. Carnegie Mellon University’s offering in the competition is the CMU Highly Intelligent Mobile Platform (or CHIMP), which is a surprisingly agile four-limbed bot that vaguely resembles its simian namesake. 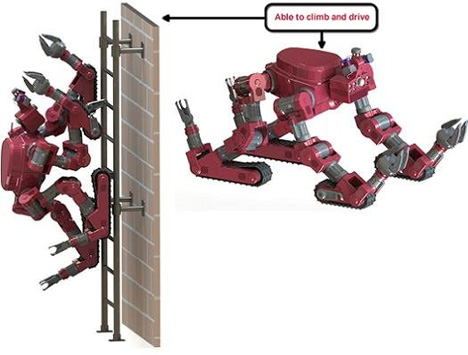 The CHIMP features four hands: two on the ends of its upper appendages and four coming out of the backs of its lower appendages. Each hand has opposable thumbs that allow the robot to grasp and manipulate objects just like a human would. The tank-style treads on all four of its limbs makes the CHIMP inherently stable, meaning that it won’t fall over even if its power fails. 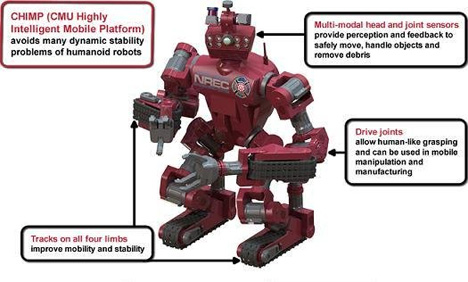 Thanks to the CHIMP’s multiple sensors, it renders its surroundings in texture-mapped 3D, which helps it to avoid running into things and tipping over. If the bot ever gets stuck, the human operator has the choice to control each articulating joint separately to free it. But most of the time, the human can let the CHIMP operate on its own while the human operator just sits back and prepares to have his mind blown.

See more in Robotics or under Technology. March, 2013.