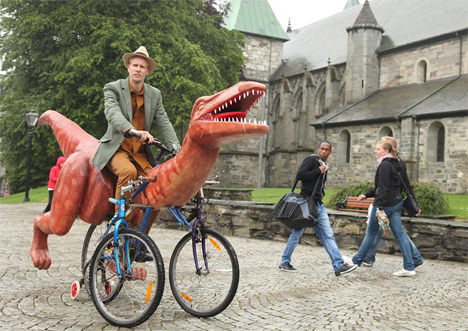 If you had the choice between riding a regular bike to work and rolling up on the back of a dinosaur, you’d choose the dinosaur, right? Norwegian artist Markus Moestue did, and it turned into something completely awesome. 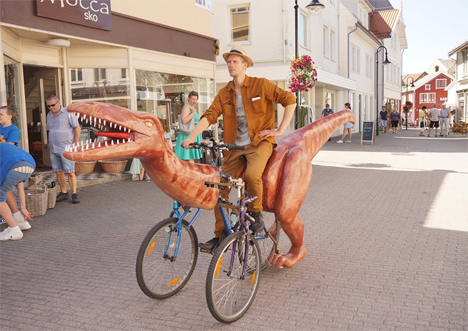 Starting with three bikes and welding them together, Moestue used styrofoam, a regular kitchen knife, and some serious carving skills to create his prehistoric ride. 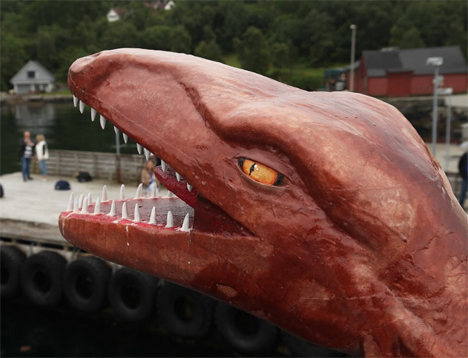 After the body of the raptor-like dino was created, the artist covered it with epoxy glue and fiberglass coating. He painted it a fierce red-mottled orange and gave it creepy yellow eyes, sharp teeth, and a wicked tongue. 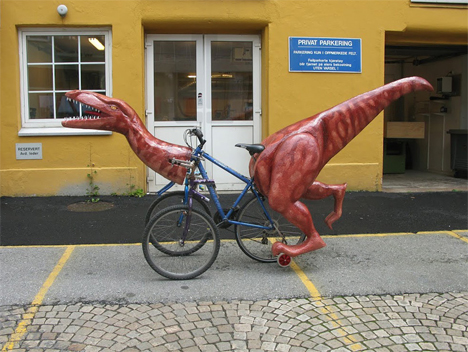 At that point, the dino became a mobile sculpture when Moestue attached it to his welded-together Frankenbike with two front wheels and one in back. The bike’s saddle and handlebars sit between the raptor’s front half and rear half. 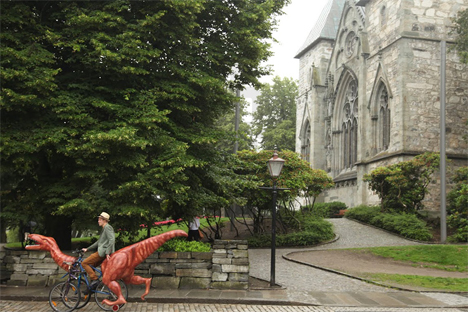 Moestue created the raptor ride and cycled across Norway on it to protest the “dogmatic religious education of children” in which kids are taught that humans and dinosaurs once lived together.

See more in Art Vehicles or under Transportation. October, 2014.