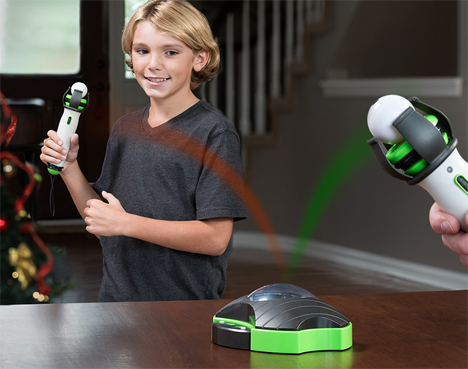 When Pong got popular, parents everywhere criticized it for being a lazy person’s version of a sport. They worried that it would encourage kids to avoid physical activity in favor of virtual games. They were right. Now there’s a slightly more physical way to play ping-pong that still doesn’t involve actually setting up a table and keeping track of that little ball. 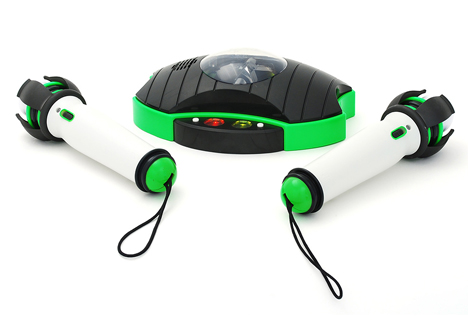 Virtual Pong (a name we find delightfully ridiculous) from Sharper Image involves waving around handheld devices similar to Wii remotes to “hit” a light that bounces around on the ceiling and walls. 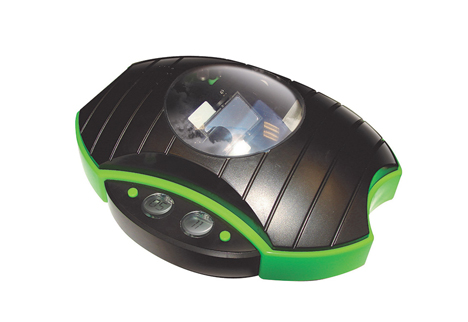 The setup consists of a small base unit that sits on the table and projects “balls of light.” You use the “racquets” to bounce the light back and forth between opponents; there is also a solo setting that lets you play against the game console. Of course, you could do the same thing with almost any modern video gaming console and the right game, but for $60 Virtual Pong is cheaper than any of those and probably cheaper than just buying a real ping-pong table.