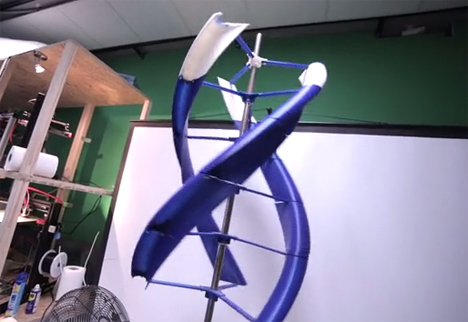 Alternative energy is moving in some pretty exciting directions lately, and the AirEnergy 3D is a big step toward making clean, renewable, inexpensive energy available to everyone. The assemble-it-yourself device is a lightweight, portable wind turbine that can be folded up and carried in a backpack. 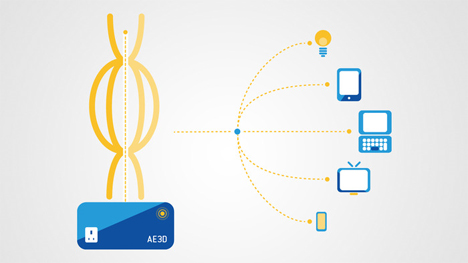 The AirEnergy 3D is powerful enough to charge several devices at once by plugging them directly into the turbine’s base. However, power can also be stored in an on-board battery for later use – or it can plug right into a home’s power system to provide supplementary electricity. The creators of the project will keep their design open-source, meaning that anyone with a 3D printer and some basic skills can construct their own.

One of the goals behind the project is to provide power where there is no grid, starting with communities in Africa.  Solar power is obviously only available in the daylight hours, but the AirEnergy 3D could continue providing energy long after the sun sets. It generates up to 300 watts of power, which may not sound like much but is enough to charge your phone or MP3 player, power a lamp, and keep your laptop running. 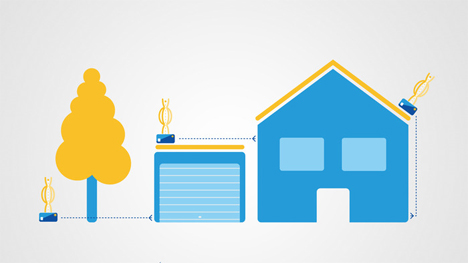 The portable nature of the AirEnergy 3D means that you can move and reposition it to catch the maximum amount of wind. It also fits nicely in a backpack, making it perfect for camping when you don’t want to be entirely removed from civilization. The Kickstarter project for the AirEnergy 3D topped its funding goal, with early adopters getting their own DIY kit for around $480. The initial investment might seem steep, but the money you would save on electricity over time would not only pay for the turbine, but for the 3D printer it was made on as well.