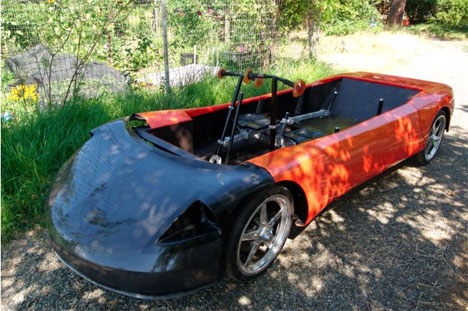 The Flintstones were onto something when they drove their human-powered vehicles around the streets of Bedrock. People-propelled cars produce no emissions, create no noise and even make their drivers healthier. Engineer Charles Greenwood also sees the merits in cars propelled by the power of human muscles: he has been developing such a car for the last four decades. 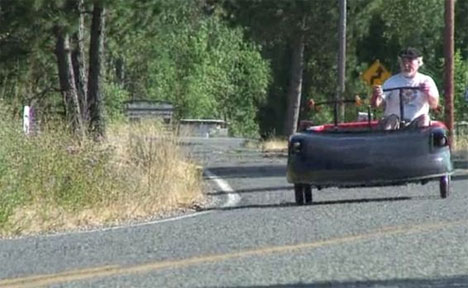 Greenwood started working on his vision in 1968. His creation, called the HumanCar Imagine PS (the PS is for “power station”), seats four and features a hand crank for each person. The car is assisted by an electric motor for when only one or two riders are present, but when four people are inside the vehicle can run entirely on human power – kind of like a railroad hand-pump car.

The hybrid car can reach an impressive 60 MPH on flat roads, or 30 MPH on hills. Getting the car up to speed and keeping it going by rocking the hand cranks back and forth is a great way to get a workout even when driving rather than walking. And there’s always the battery back-up for when your driving companions decide they’d rather sit back and watch the scenery. 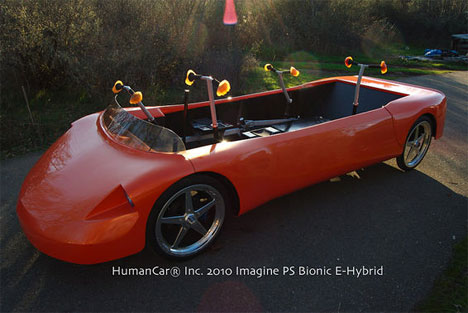 Greenwood has received about 100 pre-orders for the car, which will cost $15,500 when it goes on sale next year. According to the HumanCar website, the cars will start production when pre-order numbers reach 800. 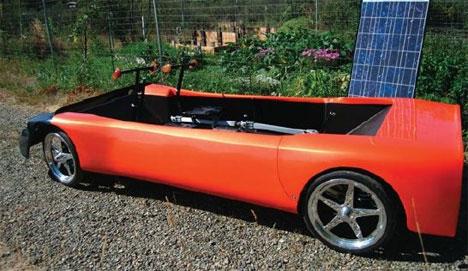 The human-electric hybrid is the first of its kind, combining two “green” types of power to create a unique and truly fantastic vehicle. Other electric car manufacturers could take a page out of Greenwood’s design book: with a human-power backup, anxiety over staying within range of a charging station would be greatly lessened for electric car owners.

See more in Cars & Trucks or under Transportation. August, 2010.