10,000+ Subscribers
Posterior Pics: Professor Installs Camera In Back of His Head 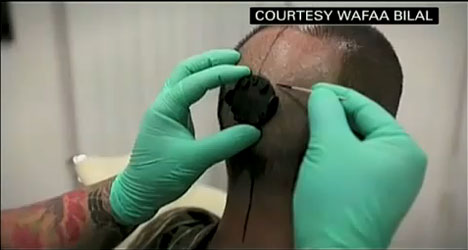 It’s every teacher’s and parent’s dream: an eye in the back of the head. NYU photography professor Wafaa Bilal recently implanted a titanium plate in the back of his head that allows him to attach a surveillance camera right to his noggin, capturing an image each minute for a full year. In the video below, Bilal explains that the camera will catch things behind him rather than in front of him because of his unique personal history as an Iraqi who left the country under Saddam Hussein’s rule. He wants to portray whatever he happens to be fleeing from at any moment.

The project is called “The Third I,” and the footage is being beamed live to the Mathaf: Arab Museum of Modern Art in Qatar. Bilal plans to cover the lens with a cap when he’s on NYU property to protect the privacy of students, but insists that the camera will be catching every other moment of his life for as long as the project lasts.

See more in Camera & Video or under Gadgets. December, 2010.