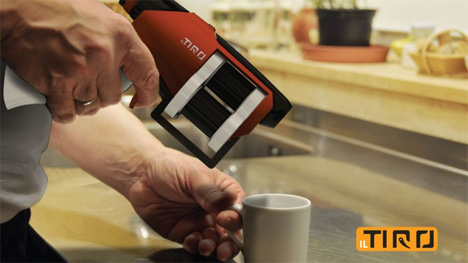 Those single-serving capsule coffee machines have become wildly popular in the last few years, but the waste they produce is a big problem. Designers Nikolaus Schwarz, Stefan Riegebauer and Florian Kainz of creative group DNA Australia developed Il Tiro as an antidote to those trash-producing one-shot coffee makers: the espresso gun. 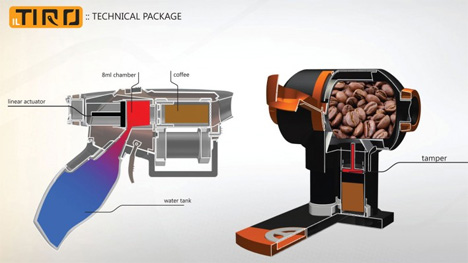 The espresso gun works by fitting into a base unit where beans are ground up and then tamped into the grounds chambers. A separate water chamber in the “gun” keeps the ingredients separate until the user is ready for a hot, fresh cuppa. 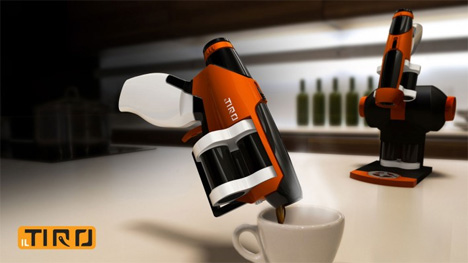 Once the user pulls the trigger, hot water is moved into the coffee chamber, brewing a fresh shot of espresso. The coffee then pours out and into the waiting cup.

Il Tiro is able to produce espresso in demand with virtually no waste other than the coffee grounds themselves, which can easily be recycled in a garden. Of course, most counter top espresso machines allow you to brew one shot at a time with less hassle, so we can’t say for certain that this device would be a better choice for coffee lovers – but you sure will look cool using it.