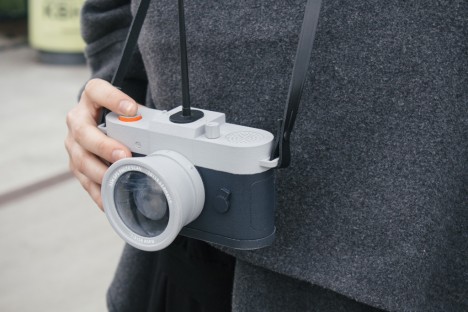 Seeing photos of your friends’ travels is great – but when your Instagram and Facebook feeds are all full of the same landmarks over and over it can get old rather quickly. Designer Philipp Schmitt came up with a way to combat this burnout: he invented a disobedient camera that won’t take pictures in places where too many have been taken before. Want to take a photo from the top of the Empire State Building or in front of the Eiffel Tower? Tough luck, because about ten billion other people have beat you to it. 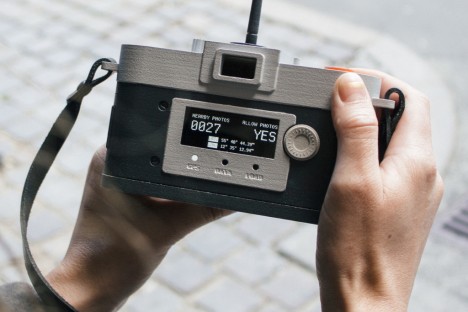 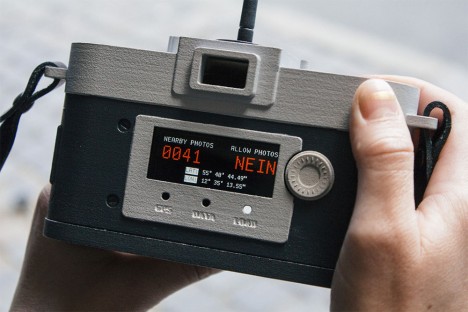 Camera Restricta uses GPS tracking to determine where it is. It constantly scans the internet to find photos geotagged with nearby locations. Looking at the screen, you can see how many pictures have been taken in your current spot and whether any more pictures are allowed to be taken there. Schmitt doesn’t divulge how many pictures of a given spot constitute “too many,” but we’re assuming it’s relative based on the accessibility and popularity of any given place. 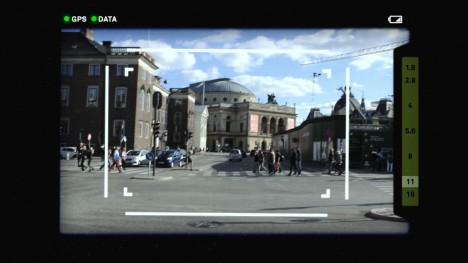 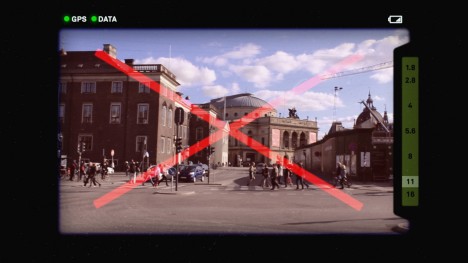 If the camera decides that the place you’re in has become too cliched a snapshot site, it will refuse to work. A large red X will appear when you look through the viewfinder, and if you try to push the shutter button anyway, the shutter will retract and you’ll be shut down. This can add a kind of sense of adventure to your photos, as you never know when you’ll be the very first or the very last person to be allowed to take a photo of that scene.

This concept is a weird form of futuristic censorship in which the recording of our own memories takes a backseat to “originality.” The inventor also notes that the idea could be used by businesses or government entities that want to restrict photography in certain places. It’s unlikely that this type of technology will make its way into consumer cameras anytime soon, but this 3D printed prototype might be a glimpse into our future as tourists.

See more in Camera & Video or under Gadgets. September, 2015.