10,000+ Subscribers
Phone-Synced eBike Goes From Full-Size to Folded in 3 Secs

Bike commuting has been on the rise for years now, and we’ve been lucky enough to see some really great ebike concepts that not only get you where you’re going – they perform other feats of technology as well. The Gi FlyBike is a stylish little foldable bike that integrates with your phone to add all kinds of cool features to your commute. 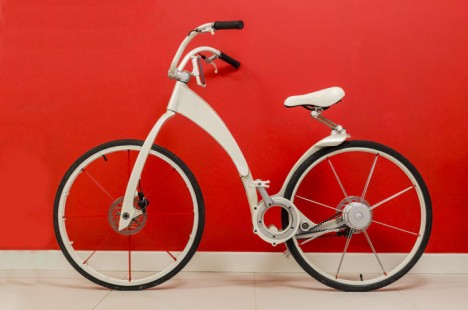 Weighing in at just 37 pounds, the FlyBike is easier to lug around than some other similar bikes. It helps that it folds handily in half, and the folding mechanism lets you fold the bike or open it up in one smooth movement. Once folded, you can wheel it around behind you like a rolling suitcase. 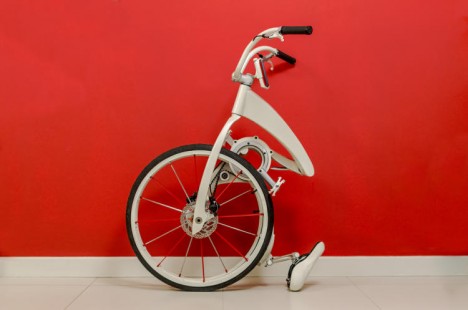 The extra cool features of the FlyBike come with its smartphone integration. The app shows full navigation while you’re pedaling along, even highlighting the routes that are best for biking. The app will also automatically lock the bike when you wander at least 15 feet away from it. If you need to loan out your bike to a friend, you can send them a special unlock code that will allow them temporary use your FlyBike. 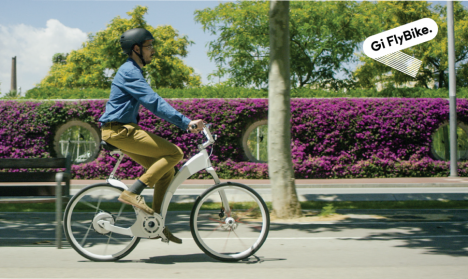 The bike charges your phone as you’re traveling, so there’s no need to worry that all that navigation assistance will leave you with a dead battery later in the day. The FlyBike’s integrated battery also gives you a boost when you need it, offering three levels of assistance for up to 40 miles of pedal-free travel. All of the bike’s electronic bits, including its integrated lights, are charged from a single charge point, a feature that the inventors say is unique to the FlyBike. 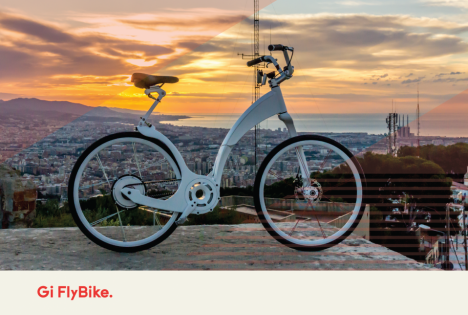 If you’re serious about biking to work and want all of the conveniences of a state-of-the-art folding ebike, it’ll cost you. The FlyBike, when it is eventually offered for retail purchase, will run $3,590 – or about the cost of a small used car. But obviously, the environmental and space-saving advantages of the bike will appeal to a lot of folks who otherwise would have to depend solely on public transport or sweat-inducing conventional bikes to get from one place to the next.

See more in Bikes & Cycles or under Transportation. November, 2015.