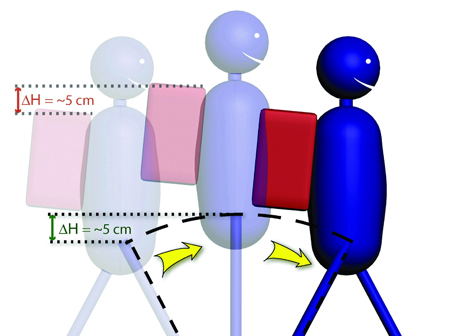 Whether you’re hiking in the hills of California or marching through Afghanistan, powering your gear is always a concern. But so is keeping the load on your back manageable. Lawrence C. Rome of the University of Pennsylvania came up with a way to solve both problems – one that the U.S. military is very interested in: the Lightning Pack. 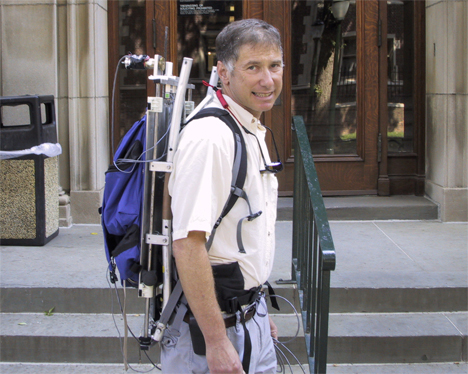 Rome’s idea was to harness the natural movement of the pack on the wearer’s back. When a person wearing a backpack moves, the pack naturally swings up and down 5-7 centimeters with each step. The bouncing of the pack can cause back strain, but there’s also some energy there that usually goes to waste. Rome’s backpack mounts the cargo part of the pack on rails so that every time the wearer takes a step, the movement of the bag generates electricity that is then stored in a Li-ion battery or fed directly into a device that needs power.

A typical military user carries a pack that weighs 100 pounds. Simply by walking at a normal pace, that user can generate enough power to recharge a phone or power a headlamp. The faster the user moves, the more energy is generated. And as it’s keeping you powered up, the backpack actually relieves some of the strain on your back that such a heavy load can cause.

See more in Home & Personal or under Gadgets. October, 2009.