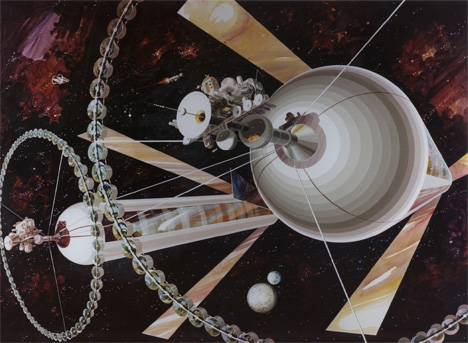 In the 1970s, NASA conducted a series of think tank-type studies which gathered the best and brightest in space colony design to come up with ideas for how future generations of humans would exist in space. The scientists, researchers, engineers, designers and scholars gathered together to come up with innovative solutions and designs, and their concepts were later turned into these incredible drawings. 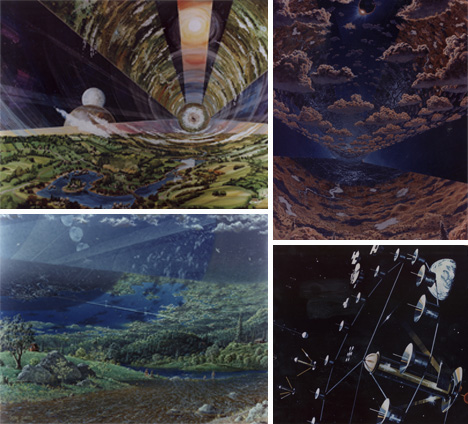 The colonies were designed to house around 10,000 people in the inhospitable environs of space. The teams considered everything from the closed biological systems on board the space colonies to how the structures would be built to how the space environment would affect the colonies. 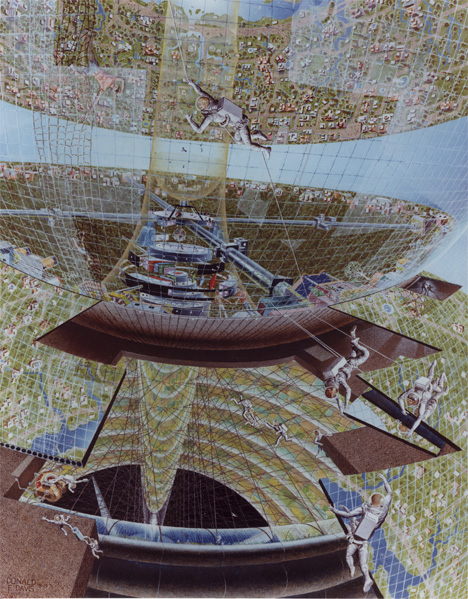 NASA points out that, while space colonies might seem far-fetched at the moment, it wasn’t too long ago that airplanes seemed unrealistic. And a man-made orbiting structure is superior to colonies that might be built on the moon or another planet because it is far easier to control the conditions in an orbiting structure.

These stunning drawings were all made by hand, not digitally – it was the 70s, after all – and go to show just how creative these teams of thinkers were in their ideas for the future space-bound domiciles of humankind. 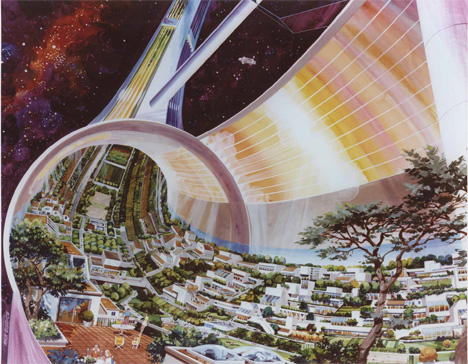 The accompanying literature on NASA’s website all about the possibility of space colonization is absolutely fascinating. Their idea for funding space colony projects in the future: orbital tourism, selling the electricity from solar satellites, and mining asteroidal metals.

But even more interesting are some of the reasons given for living in a space colony: segregating religious people from “non-believers,” allowing handicapped people to move about freely without the use of wheelchairs, and allowing people to experiment with “different social and political forms.” And, of course, a space colony would make for the perfect escape-proof prison. 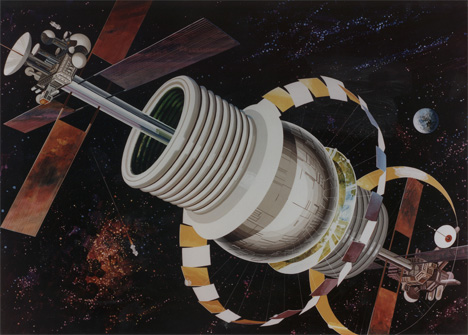 What NASA seems to be suggesting is a new Wild West: a law-free community in Low-Earth Orbit in which anything goes. The possibilities are indeed mind-boggling – not only from a design perspective, but considering how soon in our future a leap like this could actually come, it’s a bit daunting to think of these future floating cities as the next frontier to be conquered. 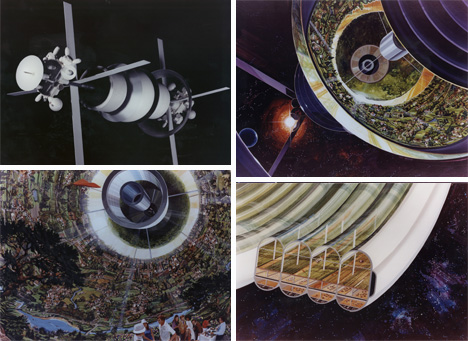 NASA continues to host a yearly space colony design contest for elementary school students, but they no longer host the groovy space colony think tanks of the 70s. Too bad, because with today’s technology there is so much more to be explored…

See more in Retrofuturistic or under Vintage & Retro. March, 2011.