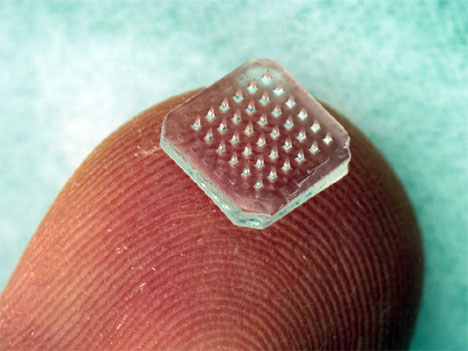 For everyone who has ever avoided a flu shot out of fear, healthier days could be ahead. A cooperative effort between Emory University and the Georgia Institute of Technology has brought about an exciting possibility for the future of vaccinations: needle-free, pain-free vaccinations. The research team immunized mice with small, painless patches made up of “microneedles” that dissolve, along with freeze-dried flu vaccine, within a few short minutes. 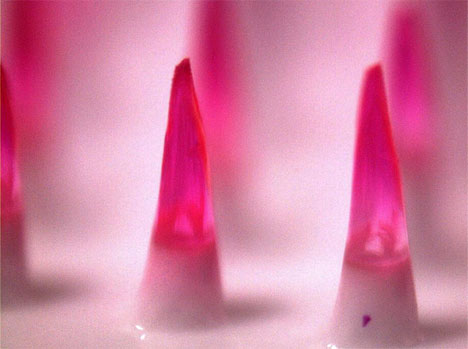 The small patches are made up of an adhesive backing and tiny spikes containing the vaccine. To administer the vaccine, a user only has to stick the patch onto her skin. The vaccine is absorbed into the body and the spikes dissolve completely, leaving only the adhesive backing behind. In the study, mice that received the patch vaccine were able to fight the flu virus better than those that received the traditional shot. That’s because the body is prepared to encounter pathogens on our skin and membranes (but not really under the skin where shots are administered), so the immune system will respond better to a vaccine that is introduced in the same way a real virus would be. 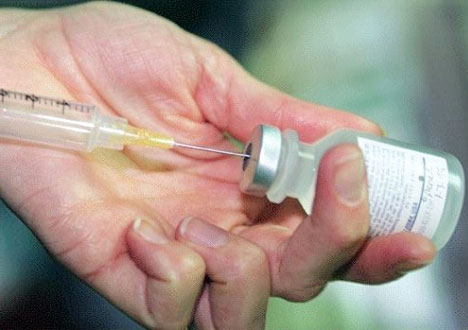 As if increased effectiveness and the elimination of the fear factor weren’t enough to get people excited about the patch-delivered vaccine, there are indications that the new type of immunization could do even better things. This type of vaccine takes up less room than needle-based ones, needs no special storage (like refrigeration), produces less waste than traditional vaccines, and can be administered by anyone at all. Researchers attached to the project hope that it can offer an easy way to deliver vaccines to third-world countries and help to eradicate diseases like polio. The patches haven’t even made it to human trials yet, but maybe in a few years immunizations will be one less thing to fear for kids and the needle-phobic.

See more in Medical Marvels or under Science. July, 2010.