Plants grow but planters do not, at least until this self-expanding pot came along, forever obviating the need for repotting. GROWTH has a three-stage lifecycle, starting out small and becoming quite large as the roots of the plant it supports expand and push out its sides. 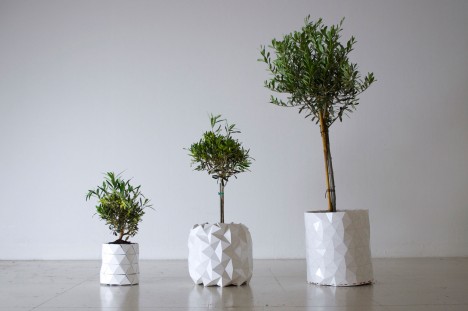 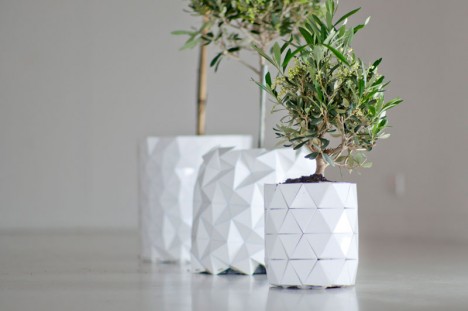 Like a blooming flower or unfolding leave, the vessel itself transforms from a seed stage until a fully-formed shape, transitioning between a set of compact triangles, a balloon-like interstitial phase and a final form that once again looks like a pot but much larger. 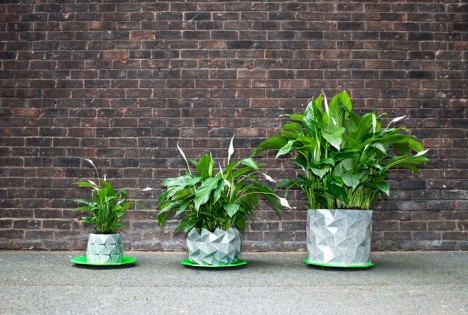 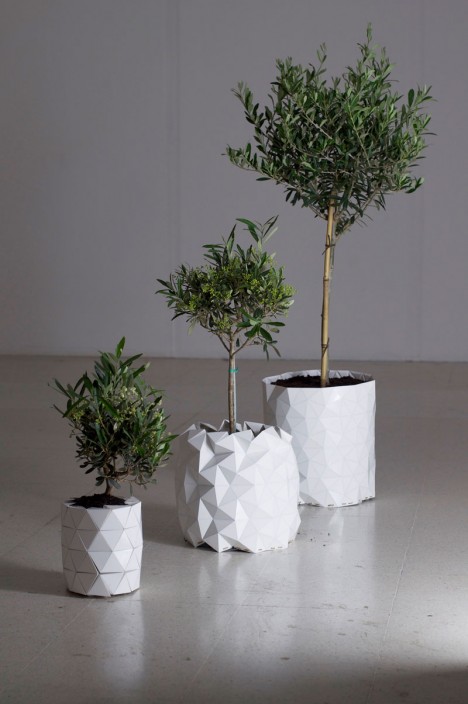 The initial phase is even smaller that it appears, and the final larger, since the triangles start out forming denser sides then become thinner in their biggest iteration. Designed by Studio Ayaskan, GROWTH addresses a timeless problem when it comes to indoor gardening: the need to remove and replant trees and other growing plants at various stages along the way.

See more in Industrial Design or under Technology. August, 2015.