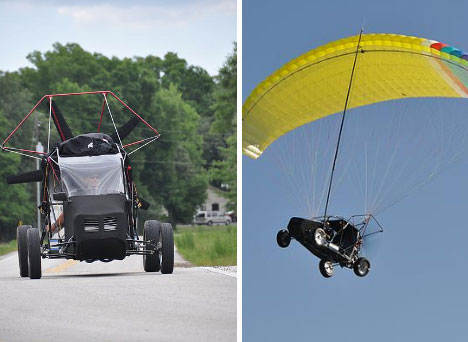 If you’re sick of the morning drive and all of the traffic it involves, a flying car might seem like the perfect solution for getting to work without the stress. Forward-thinking designers and engineers have been trying to perfect the flying car ever since traditional cars were invented, but the Maverick Sport is a rather novel twist on the regular car-with-wings model. 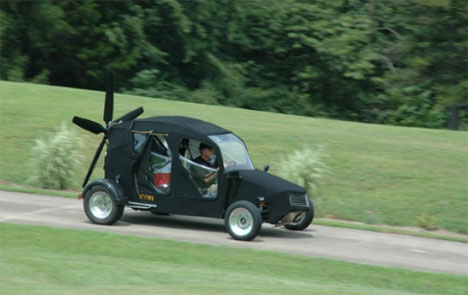 Instead of the retractable or removable body-mounted wings that most flying car concepts employ, the Maverick Sport uses a ram-air wing, much like those used in power parachuting. A propeller in back provides the thrust to move the car through the air.

Looking at pictures of the Maverick Sport on the ground, it might be hard to imagine how this insect-like vehicle could ever take off and fly. But the videos of the car in action show just how easily it lifts off and sails through the air. 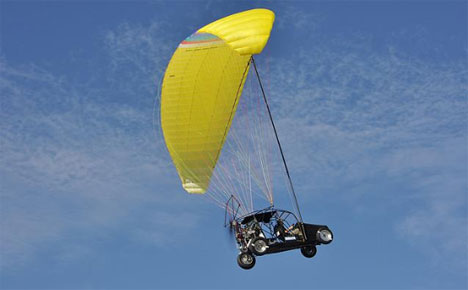 There’s something unpretentious and lovable about this design, something that’s almost primitive but ingenious in its simplicity. The Maverick’s creator was inspired by rural and secluded roads that are completely impassible by conventional vehicles. The ease with which the car takes off and navigates in the air shows the amount of planning and dedication that have gone into the development of the Maverick Sport. If and when the car is available commercially, drivers will need both a regular driver’s license and a pilot’s license to take the wheel of this awesome vehicle.

See more in Cars & Trucks or under Transportation. August, 2010.