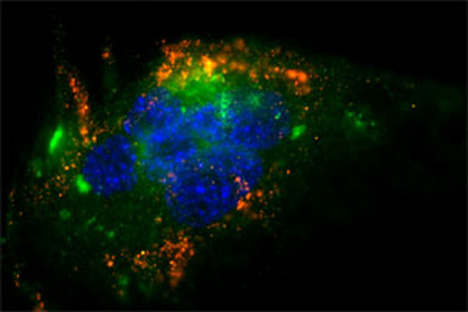 Chemotherapy has been the go-to treatment for many years for most types of cancers. One of the problems with chemo, however, is that it attacks all cells, not just the unhealthy ones. Many cancer patients avoid treatment altogether because of the pain and illness traditional treatments cause. A new breakthrough from the University of Freiburg in Germany might serve as a healthier, much less harmful form of cancer treatment. The research team found that charged polymers have the ability to target only cancerous cells while leaving healthy cells alone. The polymers target the endothelial cells which feed the cancer cells via blood vessels. 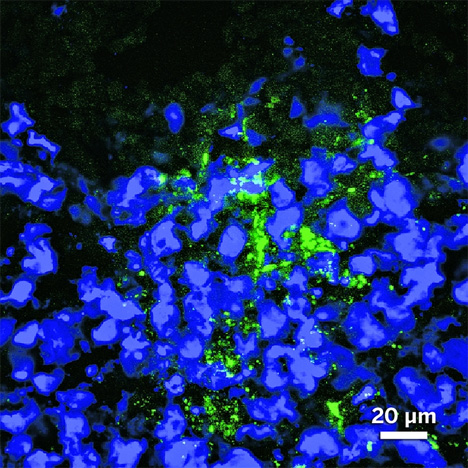 Endothelial cells are packed with caveolae, which protect the cells from outside substances. Although the researchers aren’t sure how, the polymers coupled with negatively charged ions force the protective barriers open, allowing drugs to be transmitted only to the cancerous cells while ignoring healthy cells. The tumor is slowly starved of its nutrients and dies, or in some cases can be directly eradicated with just one application of the charged polymers. Similar approaches have been tried in the past, but the tumors’ defense mechanisms were able to eventually stave off the attacks. The images above show cancer cells being specifically targeted, leaving the surrounding healthy cells alone. Although the mechanism that makes this treatment work isn’t entirely understood yet, the researchers are hopeful that this discovery will open the door to gentler, more effective cancer treatment.

See more in Medical Marvels or under Science. February, 2014.