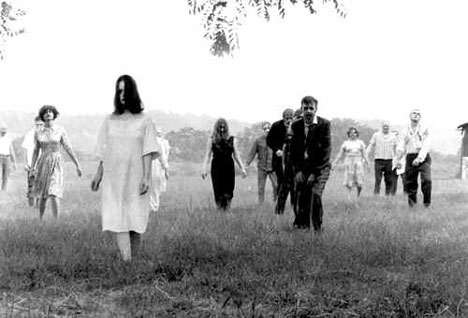 We all love a good zombie movie, but the idea of an illness that can turn us into mindless flesh-eaters is all fiction, right? Well, maybe we aren’t as safe as we would like to think. Nature is full of animals, parasites and other organisms that can turn other living things into mindless, powerless minions. These are three of nature’s little Rage Viruses: zombie masters that exist firmly in the realm of reality. WARNING: The images, videos and information below might be disturbing to some readers. 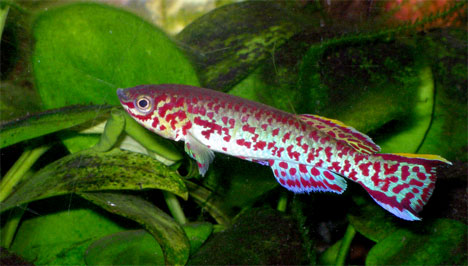 The Euhaplorchis californiensis is one bad mofo – so bad, in fact, that it takes three unsuspecting host organisms to keep this little guy alive. The adult parasites live in the bellies of shorebirds and lay eggs that are transmitted through the birds’ droppings. The droppings are swallowed by freshwater horn snails, and once in the bellies of the snails the eggs hatch and render the snails sterile. As horrifying as that sounds, it’s not even the worst part: eventually the parasites leave the snails and catch a ride on the killifish that live nearby. After entering the fish bodies, the parasites form a layer on their brains and take their places as zombie masters. The parasites direct the fish to swim to the surface and make themselves as visible as possible to predator birds by splashing, jerking around and flashing their reflective undersides toward the sky. The infected fish who act in this way are 30 times more likely to be eaten by a bird than uninfected, normal-acting fish. Once the fish are snapped up, the parasites re-enter the birds’ bellies and the whole disturbing cycle begins again.

In Central and North America, a horrifying scenario plays out over and over. Adult female Glyptapanteles wasps lay up to 80 eggs inside the body of a young caterpillar. The caterpillar continues to grow and live as normal (as normal as you can be when filled up with wasp eggs) until the little wasp larvae burst out of its body Alien-style. Up to 80 of these squirmy little things then form cocoons and settle in to pupate. But the caterpillar is far from being released from service. A couple of the larvae stay behind in the host (giving up their chance to pupate and reach maturity) to control its body, forcing it to take up guard near the cocoons and to lose the desire to eat or move. It remains totally motionless unless a predator threatens to come near the cocoons, at which point it thrashes around violently to scare off the offender. Once the adult wasps hatch, the zombie caterpillar dies. Cocoons not protected by zombie caterpillars are significantly more likely to be consumed by predators, but there is no conceivable benefit to the caterpillar in this whole arrangement – a fact that tells scientists the Glyptapanteles wasps have evolved into their role as zombie masters.

The female jewel wasp doesn’t mess around when it comes to laying her eggs: she acquires a living, mindless incubator/food source for them. She does this by finding a cockroach and injecting poison into its thorax and brain. The poison paralyzes the roach’s front legs and shuts off its escape reflex. With the roach suitably subdued, the female wasp grabs one of its antennae and leads it back to her nest. She then lays an egg on the roach’s thorax and seals the egg securely to its host. Still paralyzed, the roach lies there helplessly until the egg hatches and the larva eats the still-living roach. Seems like a rather fitting end for a cockroach, doesn’t it?