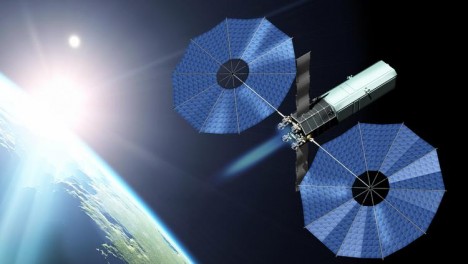 The same science-fiction ion drive engines found in TIE fighters and sub-warp Star Trek ships is being developed for real in Redmond, Washington, thanks to a $67 million grant from NASA to fund electronic propulsion system technology.

Over the next three years, Aerojet Rocketdyne will work on a solution that would improve fuel efficiency tenfold over chemical rocket systems, ultimately giving us greener and better ways to get to Mars, Saturn and asteroids (and be much safer than NASA-funded nuke-propelled rockets dating back to the 1960s). 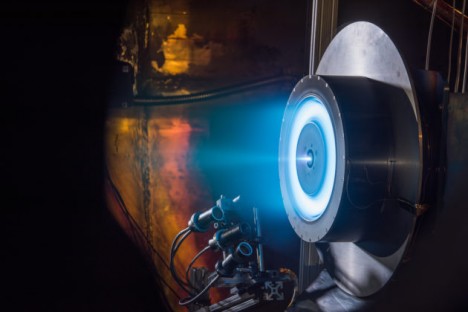 Solar arrays on the spacecraft generate electrical power, which is used to produce positively charged ions and accelerate them through an electric field. After acceleration, electrons are injected into the ion beam to maintain a neutral plasma.