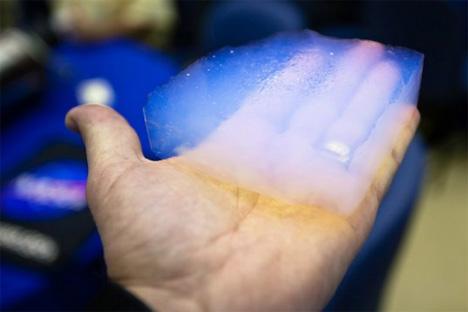 Oil spills suck, right? Well, what if there was something that did the sucking for them? That’s what a team of scientists at the University of Pennsylvania presupposed when they created a new form of oil-soaking ‘frozen smoke’. 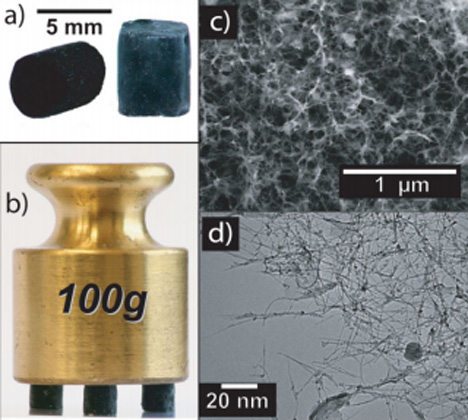 Taking its descriptive nickname from its appearance and weight, the low-density, ultra-sturdy aerogels they created are composed of carbon nanotubes. Weighing in at about three times the density of air, this nearly-invisible material can absorb up to 900 times its own weight. 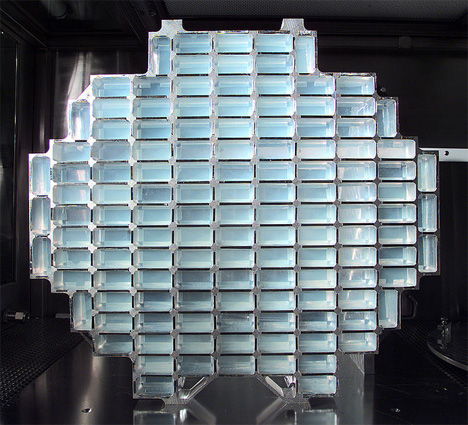 Traditional aerogels have been used by NASA for their incredible insulating capacity, which makes them great for insulating the Mars rovers and snagging orbiting stardust (pictured above). The new nanotube aerogels were synthesized exclusively for absorption and are 99.9% empty space. The absorbed oil can simply be squeezed out or burned in the fire-resistant aerogels.

Oil spills are most certainly a tragedy that is best prevented, rather than cured. But these new carbon nanotube aerogels may very well be the last line of defense for aquatic creatures after an oil spill.

See more in New Materials or under Science. May, 2013.