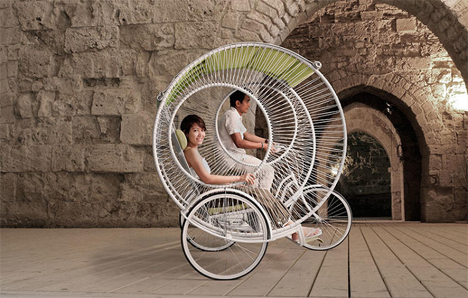 The classic rickshaw design hasn’t changed in centuries – it’s simple, effective, and no-nonsense. But designer Kenneth Cobonpue has come up with a more modern design for contemporary urban travelers – and it’s seriously beautiful. 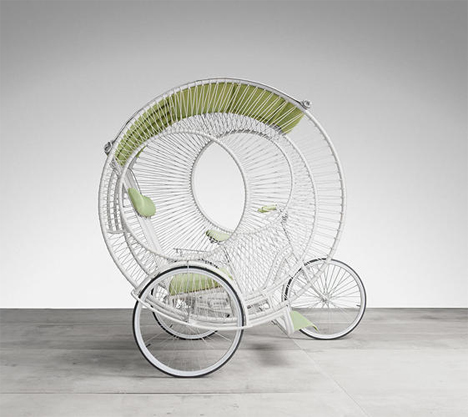 The Eclipse is as low-tech as the traditional rickshaw: the driver pedals a bike while the passenger sits in comfort. They’ve been used in Asia forever, but they have recently begun to show up in American cities as a completely green form of city transport – and they aren’t just used for the novelty factor. 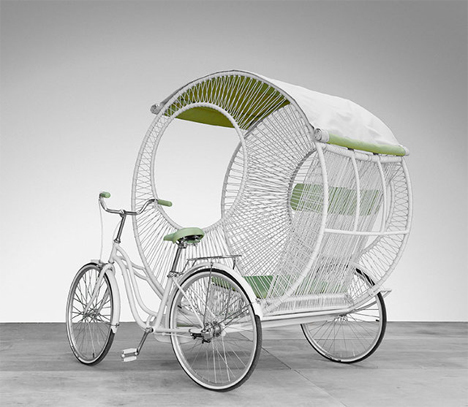 Made of lightweight aluminum and polyethylene, the Eclipse is easy on the driver. The passenger has it easy, too – the passenger compartment features soft seats, cup holders, an iPhone charger and a cover that can close. 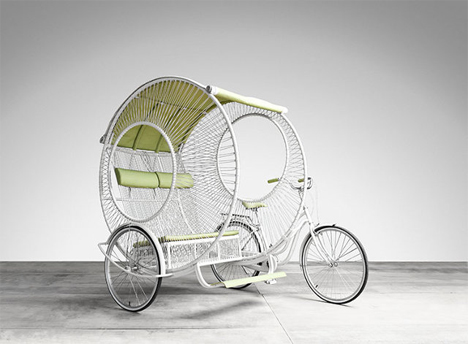 Cobonpue realizes that it will take some time for commuters to accept alternative forms of transportation. His hope, though, is that vehicles like the Eclipse will help convince urban travelers that environmentally-friendly vehicles are the wave of the future.

See more in Mass Transit or under Transportation. April, 2014.