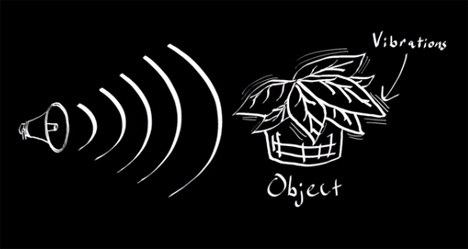 If you’ve ever considered your conversations in your own home or office to be private, get ready to feel completely vulnerable. A research team at MIT developed a way to listen in on your conversations using nothing more than high-speed video – even if the video is shot from a distance and through glass.

Sound waves cause minute vibrations in objects near the sound source. The waves are so tiny that we can’t detect them, but high-speed cameras can, as the MIT experiment showed. The researchers pointed a camera at a potato chip bag and played a recording of Mary Had a Little Lamb in the same room. When they played back the video and ran it through a computer program, the program was able to analyze those tiny vibrations and translate them into sound. 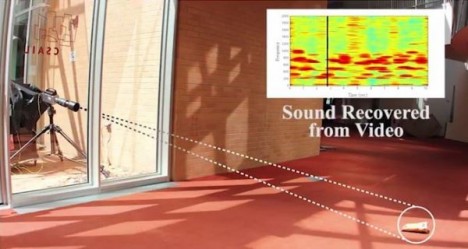 The results were eerie. The played-back sound was completely recognizable as the song that had been played in the room. The same result was achieved with spoken words and with music played through a pair of earbuds. The recreated music was even clear enough to be recognized by a song recognition app. The implications of this type of technology are both thrilling and terrifying; it could be easily used for nefarious purposes, but we’re staying optimistic and choosing to believe that it will only be used to catch bad guys and recover lost puppies.

See more in Digital Design or under Technology. August, 2014.