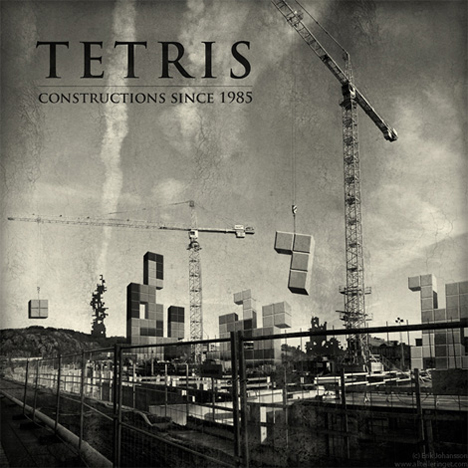 (image via: The Given)

Tetris, like Duck Hunt, is one of those classic games that we never seem to grow out of. The catchy music, colorful blocks, and instant gratification you get when a line disappears keep us coming back for more. Tetris lends itself particularly well to real-life depictions or enactments in a way that most other games simply can’t match. Seeing those blocks in real-life settings is irresistible.

Believe it or not, this is an actual ad for Freebord skateboards. The real-life Tetris game was played on the nighttime streets of San Francisco, with the “blocks” being lighted wire shapes attached over the skateboarders’ heads. It no doubt took a lot of skill along with a few outtakes to get this smooth, awesome video. 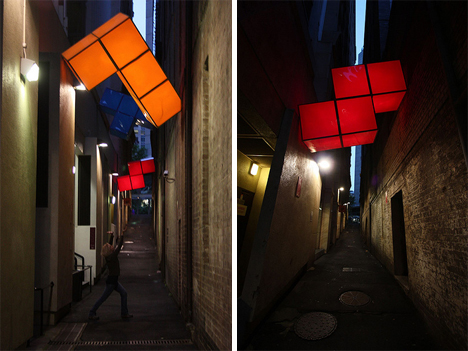 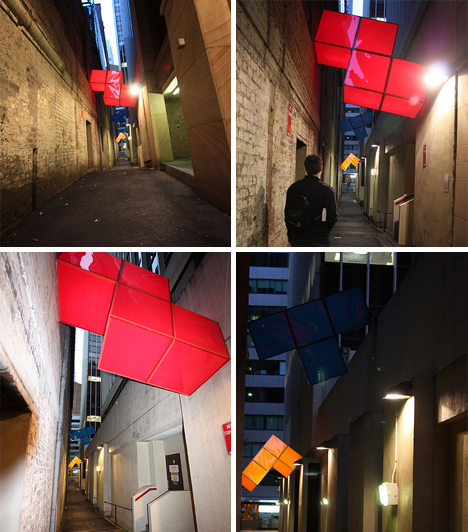 If you were walking along Abercrombie lane in Sydney, Australia in late 2008, and happened to look up, you might think you’d gotten stuck in one of these real-life Tetris games. The three lighted blocks were actually an art exhibit called One More Go One More Go which celebrated the classic game. 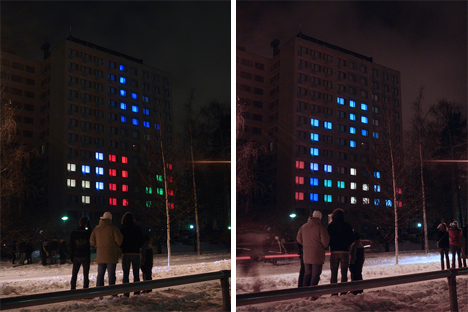 Tampere, Finland is home to the Mikontalo Building, which is the largest student dormitory in the Nordic countries. When a portion of the building was being worked on, a group of geeks (and geek sympathizers) from the Finnish Student Union and Universimmo Gaming Company decided to have fun with the lights. Using a complicated system of remote controls, they played a huge game of Tetris with colored lights in the building’s windows.

Fancy remote controls and corporate sponsorship are great, but for true geek props you’ve got to do life-size Tetris the low-tech way. These (presumably quite bored) students did just that in their Russian dorm. The video was made by taking photographs of each arrangement of lights, then piecing them together.

When Sergej Hein looked out of his window at the Berlin “block” across the street, he saw what he figured the inventor of Tetris must have seen back in 1984. The impersonal, unoriginal residences were built quickly and inexpensively to house workers. In Hein’s mind, they were built with a cool background song and fun sound effects. 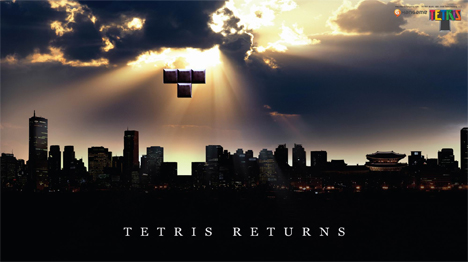 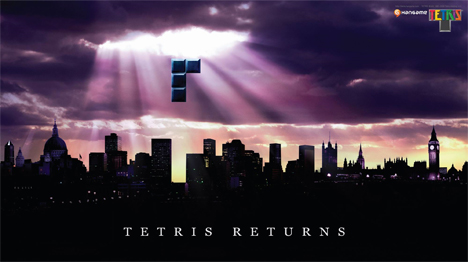 Though it’s not technically a real-life reenactment of a Tetris game, this ad campaign for online gaming portal Hangame is too cool to ignore. By combining Tetris with Batman-esque images, these ads manage to appeal to several levels of geekiness.

The almost painfully wonderful Swiss Human Tetris game takes a group of 88 people, a camera and a vocal interpretation of the famous theme song and makes it all into one of the best real-life Tetris games ever. It was accomplished in Lausanne, Switzerland in December 2007 by artist Guillaume Reymond and his many helpers.