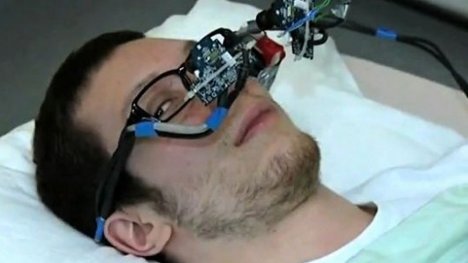 The wide variety of systems used by paraplegics to interact with the world run the gamut from using simple puffs of air from the mouth to tracking intentions based on brain waves. Most of these systems are incredibly expensive and some are physically invasive as well. A group of bioengineers at London’s Imperial College have developed a system using off-the-shelf components that are not only affordable, but completely non-invasive and simple to control. In the Journal of Neural Engineering, the team says that the system costs up to 800 times less than more complex brain-machine interfaces: about $30. 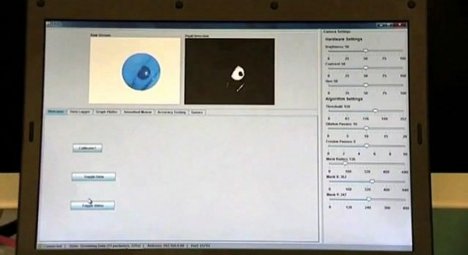 Using two fast video game console cameras attached to a pair of eyeglass frames, the system tracks eye movement from outside the field of vision. Because it can detect to a high degree of accuracy what is being looked at, it could be used to control computer programs, move wheelchairs or even operate robotic arms. The system is so intuitive and simple to use that testers could play a game of Pong with it within minutes of putting the glasses on for the first time.

See more in Cybernetics or under Technology. July, 2012.