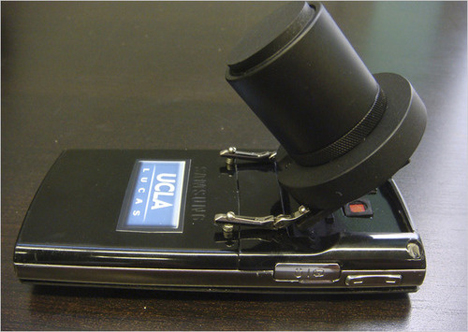 We all know how handy a cell phone can be when we’re stranded on the side of the road or late for a meeting. And far from just making phone calls, cell phones let us take pictures, send text messages, and even watch movies. But now a UCLA engineer has come up with an entirely new way to use cell phones. He took a regular cell phone, around $10 worth of off-the-shelf parts, and software that he wrote himself to make the world’s first cell phone microscope. He hopes it can be used in remote locations to diagnose diseases when getting to a hospital for tests just isn’t possible. 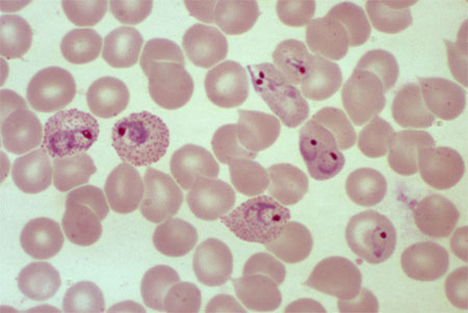 Aydogan Ozcan, an assistant professor of electrical engineering at UCLA, has formed a company called Microskia to develop and market the technology. The concept could be used with cell phones with or without cameras; for those with cameras, a slide containing a blood sample would be placed over the camera’s sensor. The software would be able to detect abnormalities, and the data would be sent to a nearby hospital or clinic. A piece of add-on equipment could be used for phones without cameras. The technology eliminates the need for lenses, instead using holographs to process the data in samples. Already, the cell phone microscope is being anticipated as a major help for screening efforts in areas where malaria is rampant.