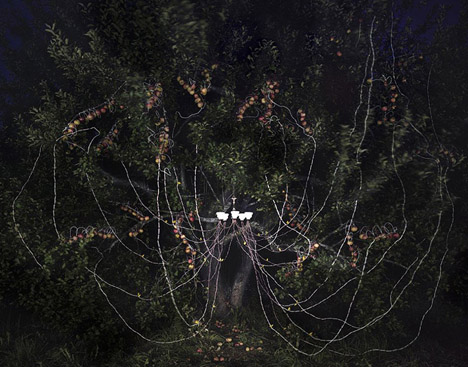 That old potato battery experiment from your seventh-grade science class sure was a boring one. Then again, so are most to a twelve-year-old. Simply put, an electrical current is produced when opposite sides of a potato are impaled with a galvanized nail and copper wire. A Bangor, Maine-based artist sees it as much more than that. 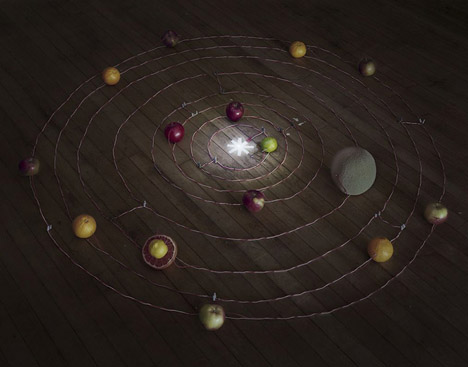 “The utter simplicity of this electrical phenomenon is endlessly fascinating for me,” artist Caleb Charland said. He used this idea for his photography series ‘Back to Light’. In the collection, various fruits and vegetables provide the current of electricity for the light source in his long exposure photographs. 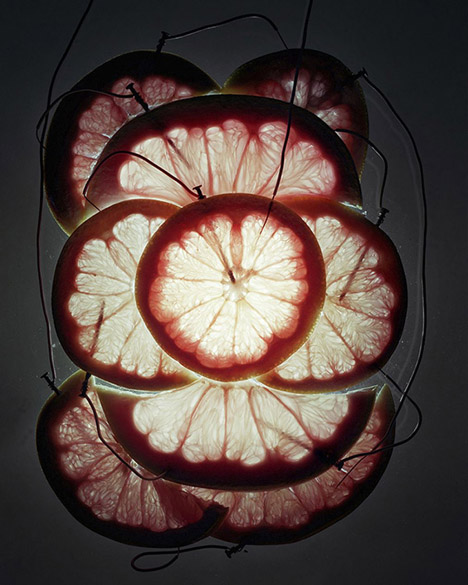 The fruits or vegetables act as working batteries, powering small light bulbs that illuminate just enough for the pictures. The effect is an eerie one, as just enough of the dim light surrounds the produce to create a ghostly glow. 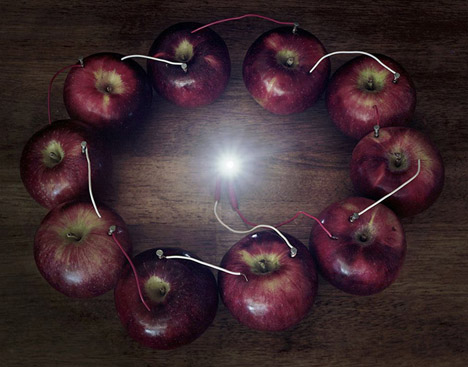 Charland went on to express a lofty goal for the series. “My hope is that these photographs function as micro utopias by suggesting and illustrating the endless possibilities of alternative and sustainable energy production.”

See more in Art of Tech or under Technology. March, 2014.