10,000+ Subscribers
Lighten Up: Ultra-Light Car Is a Commuter Compromise 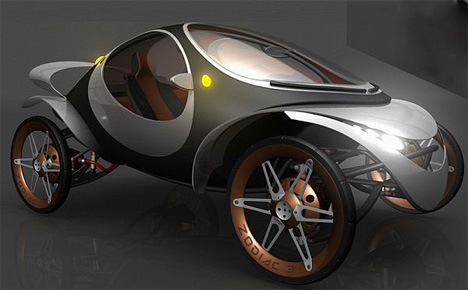 Automobile design is definitely leaning toward electric vehicle design these days, so it makes sense that designers would start thinking about refining and changing the typical EV design. The Ultra Light Electric Vehicle concept from designer Chris Daisy would weigh a mere 600 pounds – or about one-quarter of the weight of small gas-powered cars. 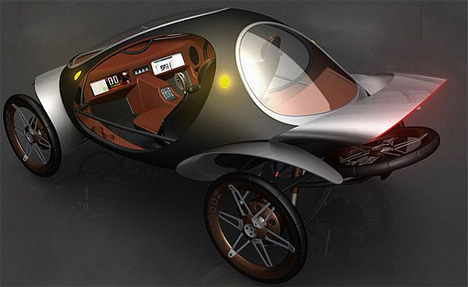 The reduced weight is intended to extend the range of the vehicle, making it cheaper to operate. The designer believes that the ULEV could be a contender for the attention of environmentalists who want to bike to work but who have commutes too long to make biking practical. Instead of settling for a heavy, inefficient car, Daisy proposes they use the ULEV as a compromise. 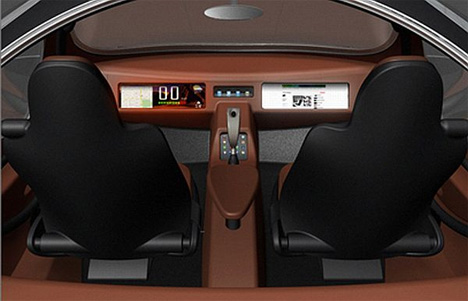 There are a number of surprising design features that could set the ULEV apart from every other electric car on the market. The car can be driven from either side thanks to a central joystick that sits between the two seats. Buttons on the joystick are programmable and can be operated by voice, encouraging the driver to keep his or her attention on the road at all times. 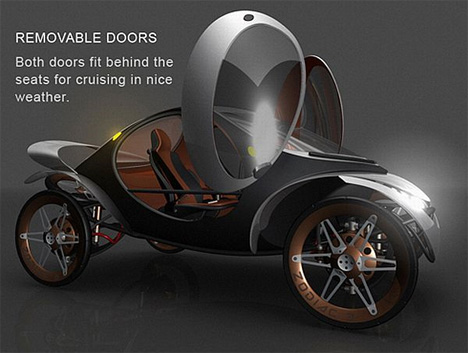 Each of the wheels features its own individual motor and internal disc brake. Every component is made of lightweight carbon fiber to cut down on the overall weight of the vehicle. When the weather is nice, the removable doors can be easily stored behind the seats to allow the driver and passenger a bicycle-like drive. In the passenger compartment, futuristic entertainment features will make the twice-daily commute fun rather than a chore.

See more in Concept Vehicles or under Transportation. April, 2011.