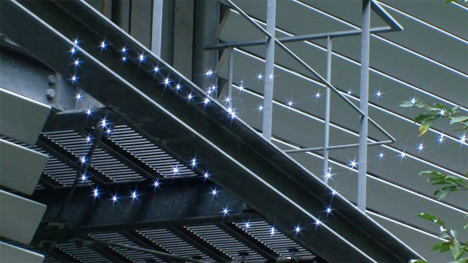 The holograms we know and are a little creeped out by today are generally created by projecting images onto a medium. The infamous Michael Jackson hologram that performed at the 2014 Billboard Music Awards? He was created by projecting a “digital head connected to an actor.” While we are edging ever closer to Star Wars-type holograms, the limitation remains that the image source still needs something to reflect light off of before it reaches your eyes as a 3D image. 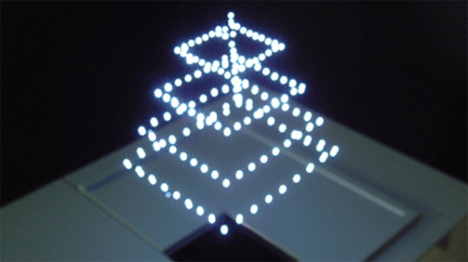 This so-sciencey-it-makes-your-head-kind-of-hurt technology has its limitations, though. It can’t create detailed images like the projection method can. The little bursts of light are so short-lived that the projector has to continually blast laser beams to continue displaying the image. The system was designed to be portable enough to fit into a car, which is an important aspect for Aerial Burton. They envision the technology being used to project information or directions in emergencies, so when there’s a natural disaster you will only have to look to the sky to find an evacuation route or safe haven.

See more in Futuristic or under Technology. November, 2014.