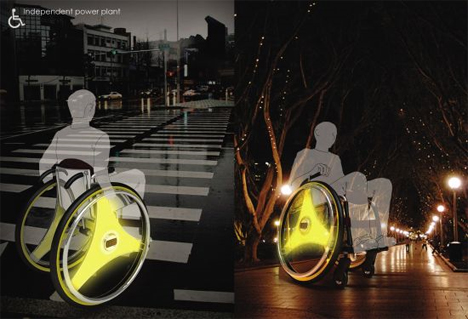 Riding a bike at night is dangerous enough, but what about using a wheelchair? A wheelchair user is somewhat vulnerable, being low to the ground. Non-electric wheelchairs have the added disadvantage of being dependent on the user’s own power to move them out of the way of danger. Adding lights to wheelchair is an easy way to increase the user’s safety, but powering the lights can prove problematic; adding a heavy battery pack to the chair is a pain for the user. 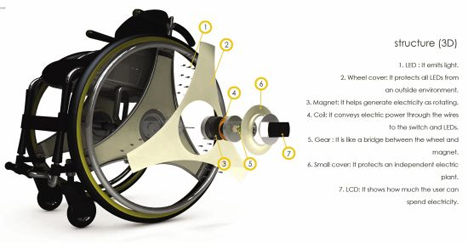 This cool concept uses the chair’s own motion to power the LEDs on the wheels. The kinetic energy provided by the movement of the chair is stored in the wheel itself, and the available amount of energy is shown on the small display in the center of the wheel. However, the LCD screen is in a very inconvenient place for the chair’s operator, so hopefully they’ll have a friend nearby when they want to know how much energy they’ve produced and stored. 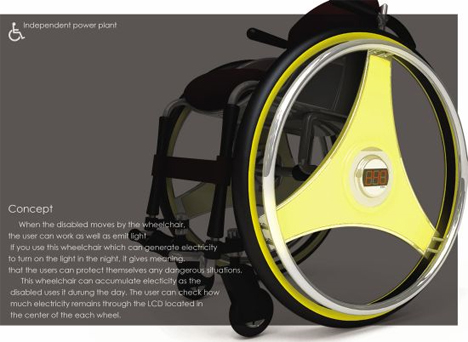 The chair was designed by a group of South Korean designers including Min-Goo Kim, Yun-Jin Chang and Su-Eun Park. It’s still a concept at this point, not an actual product, but it makes a lot of sense: the energy is being created every time the wheels go around, so why not harvest it and put it to use?