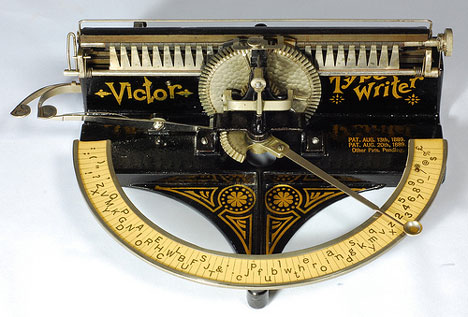 The QWERTY keyboard setup is pretty familiar to us today, but before it became the standard for English-language keyboards there were plenty of other layouts that never quite caught on. Old typewriters often feature bizarre mechanisms and uncomfortable-looking keyboard configurations, but their divinely unique layouts are what makes them so fun to look at today. These pictures and the related information are all from the Howard Martin Collection of Early Typewriters, the largest collection of its kind in Canada.

When typewriters were new, manufacturers experimented with the most efficient mechanisms and layouts. They all hoped to edge ahead of the competition with a product that was easier to use than the others, but many of them ended up creating typewriters that were confusing or difficult. The machines above required users to lift the large top pieces in order to see what they’d typed.

Index typewriters were very popular in their time, but would probably be too confusing for typists today. One hand moved the pointing device to the desired character, then the other hand pushed a button to move the tape onto the paper, leaving the imprint of that character there. 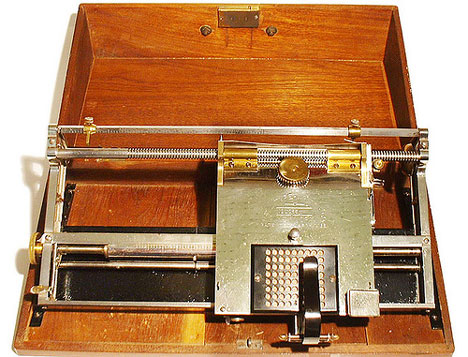 The Hall was the world’s first index typewriter, built in New York in 1881. One of the best features of the index typewriter was the ease with which one could change fonts and character sets. When it was released, it sold for a reasonable $40 while other typewriters were in the $100 range.

Some antique typewriters are so bizarre looking that they are barely recognizable as typewriters today. But as manufacturers came up with ideas for the layout of their machines, each one inevitably thought they’d developed what would become the universally accepted typewriter style. Of course, the vast majority of them were ultimately wrong. 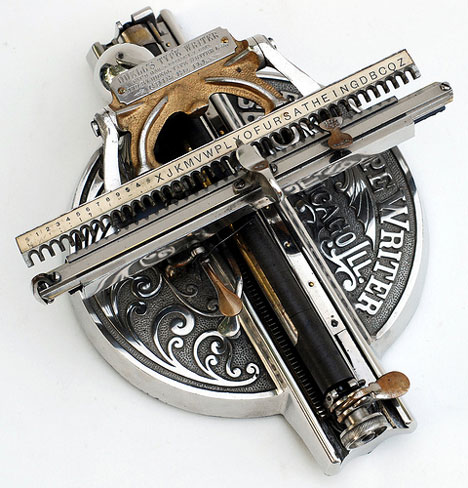 The Odell 2 was one of the most beautiful typewriters of its time. It featured unique Art Nouveau style and a strange index typing mechanism that most people would find too tedious to use today. 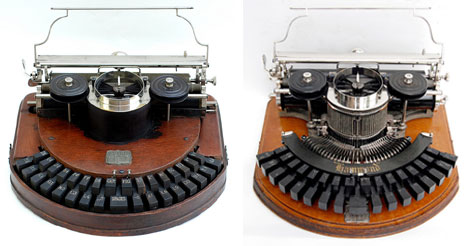 Not all antique typewriters were laughably inefficient or difficult to use. These machines, made by the Hammond Typewriter Company in the late 19th century, were absolutely beautiful and simple to type on, and they produced great results. They may have been a bit opulent for the everyday person, though, being made ofÂ mahoganyÂ and ebony.

See more in Antique Gadgets or under Vintage & Retro. March, 2010.