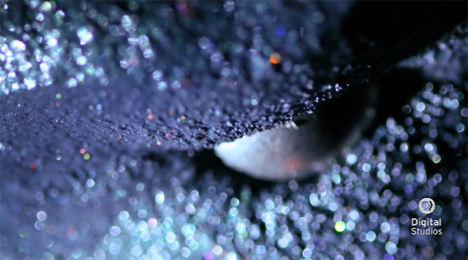 Most of us played with Silly Putty as kids, but this magnetic putty blows the boring, comics-copying goo out of the water. Under regular circumstances it’s squishy and pliable and just like any other putty, really, but once you introduce a magnetic field to it, it basically comes to life. It smooshes itself around objects until they’ve been totally consumed (or at least covered up).

The video footage of this happening looks something like a monster movie. The reactions have been sped up to make them more dramatic, since in real life the swallowing of objects isn’t nearly as quick and terrifying. But if you’d like to get your own Super Magnetic Thinking Putty to try this at home, you can pick some up for about $15 here.

See more in Weird Science or under Science. May, 2013.