When the iPhone came out, did anyone really expect it to spawn all kinds of bizarre add-on devices that could make this seemingly innocuous smartphone powerful enough to do pretty much whatever we want it to? Well, we have a feeling some people did, because iPhone gadgets with associated apps have been bouncing out left and right. One of the most interesting (and useful) ones we’ve seen lately is this $50 dongle that turns your iPhone or iPod Touch into a universal remote. It’s made by L5 Technology, who debuted the device at CES 2010. According to them, it’ll actually control any compatible device within about 30 feet via a free app from the app store. Just select the devices you want to control, drag and drop buttons where you want them, and you’re good to go. 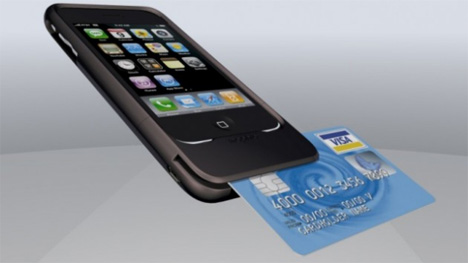 Another handy invention to debut at CES was the Mophie credit card reader device. It’ll let you take payments with nothing more than your iPhone, a third-party app, and this little device which attaches directly to your phone. Imagine how much easier this would be for merchants than carrying around a computer to take credit cards at trade shows and other remote locations.