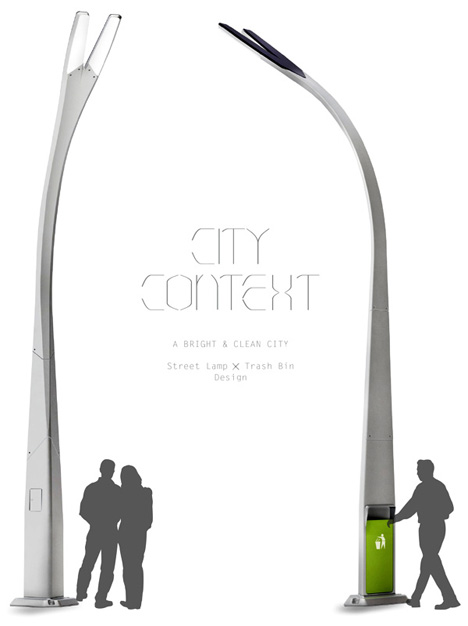 Being a science and technology website, we get to see a lot of truly over-the-top concepts. But this is one that is firmly within the realm of reality – and it’s a pretty great idea at that. City Context is a solar-powered streetlight that contains a waste bin in the interior of the pole. 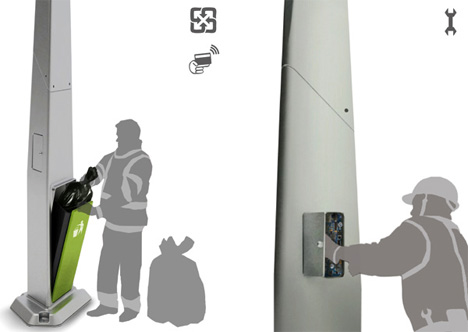 Designed by Li-Te Lo, Song-Jung Chen, Tai-Yen Lee, Chun-Wei Hsu and Cheng-Yu Tsai, City Context was a 2011 IDEA Award winner. The winning design is simple, yet entirely brilliant. Public waste bins are taken off of street corners and put into light poles where they can’t be tipped over or stolen. City sanitation workers have special key cards that allow them to open the compartment and empty the bin inside. 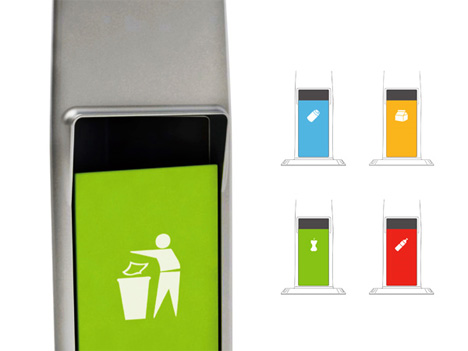 The bins are color-coded to tell citizens which type of refuse goes in each bin. Of course, public recycling bins are hardly ever effective (in the U.S., at least) since people seem to throw their garbage into whatever receptacle they happen to be near at the moment. 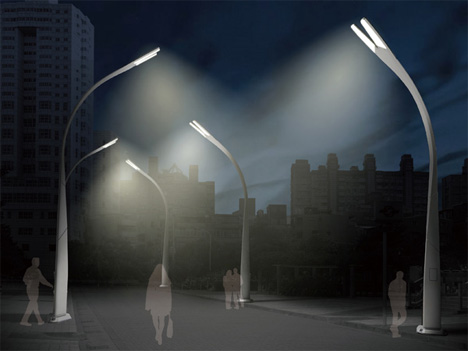 The garbage bins are far from the only “green” feature of this design. Solar panels on the tops of the lights collect sun power during the day to light the streets at night. Presumably the lights would also be hooked up to grid power just in case the sun happens to hide away for a while – but using solar power even part-time would cut down on the overall energy needs of the public lights.

See more in Unbuilt Concepts or under Technology. July, 2011.