10,000+ Subscribers
Hypersonic Plane Goes From London to NY in One Hour 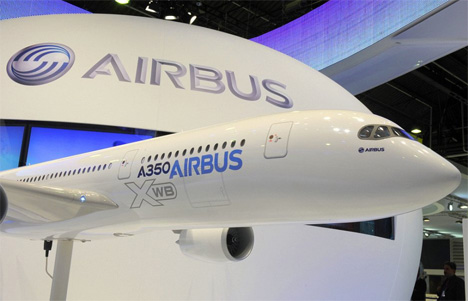 When it was introduced in 1969, the Concorde was thought of as the most revolutionary aircraft of all time. The supersonic airliner flew at record speeds, dramatically cutting the time of travel between Europe and the US. But it was also incredibly noisy and caused plenty of pollution. A tragic crash in 2000 led to the Concorde’s retirement in 2003. Now, the European Aeronautic Defense and Space Company N.V. (EADS) has unveiled what they hope will be the Concorde’s natural heir, only without the air and noise pollution. 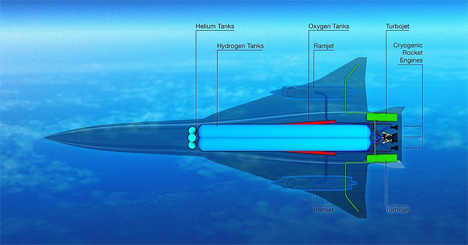 The Zero Emission High Speed Transport (or ZEHST) is a hypersonic jet that will fly above the atmosphere at Mach 4 – four times the speed of sound – and run on biofuels, creating only water as a byproduct. The plane would carry between 50 and 100 passengers, accelerating at a slow enough pace that, despite leaving the atmosphere, passengers would need no special instruction briefing before the ride. Cruising altitude for the ZEHST will be 20 miles, over three times the standard cruising altitude of a conventional airplane.

To achieve its incredible flight times, the ZEHST will take off with a standard engine. Once airborne, rocket boosters will propel the plane above the atmosphere. Then, once safely above the atmosphere where sonic booms are no longer a problem for those on the ground, ramjet engines (the kind currently used in missiles) will kick in to zoom the plane on to its destination in record time. The standard engines re-engage to bring the craft back to the ground. Although all of the necessary technology exists today, EADS is reserved about the future of this monumental aircraft. They don’t anticipate it will start flying commercially until 40 years from now.

See more in Mass Transit or under Transportation. June, 2011.