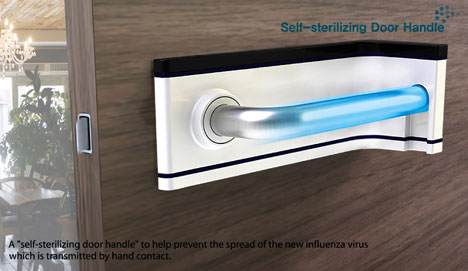 Germophobes have known for ages that doorknobs and handles are among the germiest surfaces in any building at any time. They are touched by everyone and tend to accumulate a disgusting amount of filth, not to mention the itty-bitty microbes that we can’t see. You can either carry around a disinfecting wipe with you or use a paper towel to open every door – either option will make you look a little obsessed. 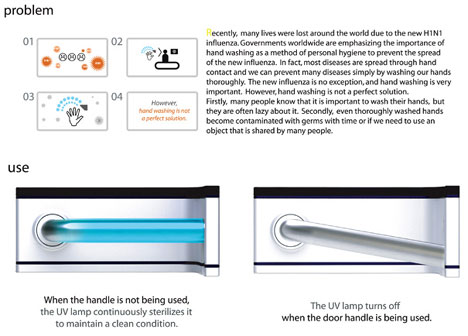 But there is another choice in the works. This clever door handle idea uses UV light to disinfect itself, eliminating the icky little bugs we might leave behind after blowing our noses and then entering a building. 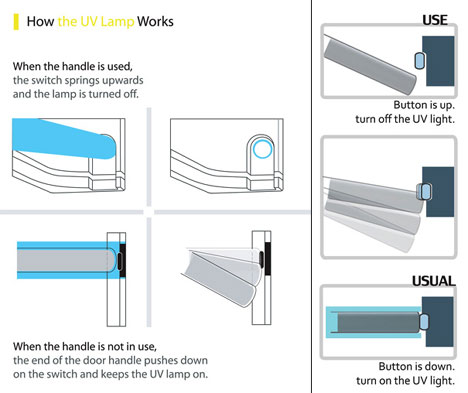 The design is a Red Dot winner from Choi Bomi. It uses an interior UV lamp to constantly disinfect its surface when the handle is not in use. The lamp clicks off when someone grabs the handle, then clicks right back on once they’ve passed through the portal. 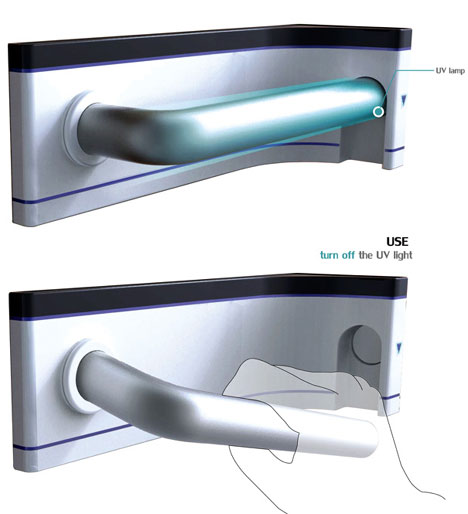 Even washing our hands and using hand sanitizer aren’t always effective ways of arresting the spread of common viruses. This concept could greatly cut down on the suffering and health risks of colds, influenza and other illnesses with no additional effort from users.

See more in Industrial Design or under Technology. December, 2010.