10,000+ Subscribers
Hit the Literal High-Way in a Transforming Flying Motorcycle 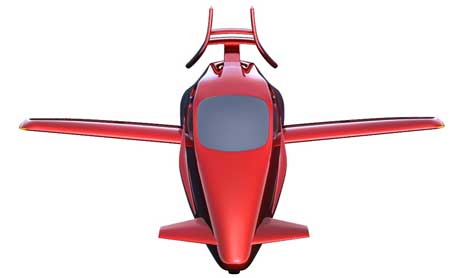 And you thought motorcycles were dangerous before? How about slapping some wings on them and calling them “sport aircraft?” As far as futuristic vehicles go, a flying motorcycle ranks pretty high on the improbability scale. But that’s not stopping Samson Motorworks, a California-based company, from developing the Switchblade, a very sharp-looking convertible vehicle that transforms from road-worthy motorcycle to sky-riding light aircraft. Of course, you’ll need a motorcycle license as well as a pilot’s license to drive one – and if that doesn’t stop you, maybe the whopping $85,000 price tag will.

In order to make the flying personal vehicle a feasible product, Samson had to get a bit creative. Rather than base their design on a four-wheeled car, they chose to go with three wheels, which qualifies it as a motorcycle under U.S. law. Being classified as a motorcycle means that it doesn’t have to have some of the weight-adding safety features that cars are required to have. But the designers still had to make some concessions, such as adding two side mirrors for road use that fold in while the vehicle is in flight. 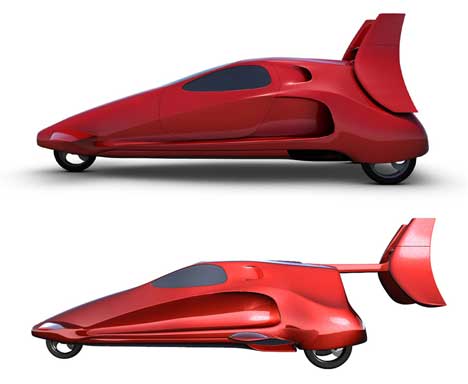 The short wings also fold in when the Switchblade is on the ground, stowing under the vehicle’s body in a chamber that keeps them free of road grime. You can take off and land from any public or private airports where you have flying privileges, then rather than having to hail a cab or rent a car you just stow the wings and drive the rest of the way to your destination. Laugh if you will, but the company hopes to start producing the kits, which you assemble yourself, as early as 2011.

See more in Concept Vehicles or under Transportation. April, 2010.