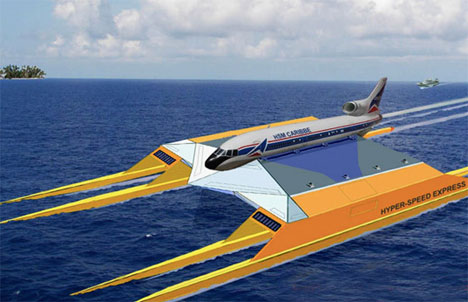 It’s a sad fact of the modern world that we produce a shocking amount of waste. For safety’s sake, many airplanes are decommissioned before the true end of their lives and sent to “airplane graveyards” to languish forever. The good people at Hydro Lance Corporation want to take those usable but retired planes, fix them up and turn them into “super fast float planes.” 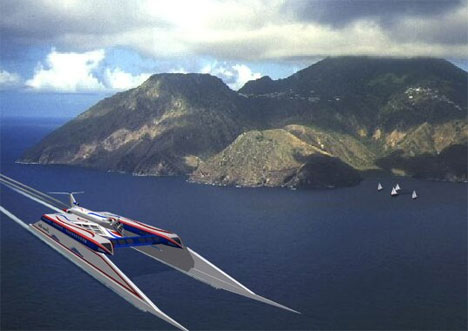 Because the airplanes are already functional machines, there’s not much more involved than simply putting them onto floating bases and adding a bit more passenger space. The finished product can speed along on the water at more than 120 miles per hour, and the plane-boats aren’t at the mercy of pesky environmental factors like volcanic ash because they don’t fly. 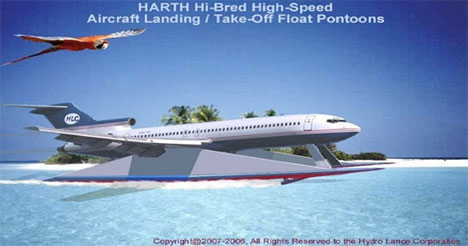 Although they look unwieldy and a little clunky, these former aircraft might not be as terrible for the environment as actual airplanes; they can be designed to run on clean fuels like vegetable oil or hydrogen. The company predicts that the ticket price to climb aboard one of these unholy unions of transportation methods would be far less than the price of a trip on an airplane. They haven’t built any yet (they’re waiting for investors) but these delightful Photoshop renderings should be enough to convince skeptics that planeboats are the best idea ever.

See more in Mods & Custom or under Transportation. May, 2010.