At first glance, these boxes of black and white pixels look completely  incomprehensible – but they’re actually links. Online hyperlinks are nothing new for those of us who have been using the internet for any amount of time, but hardlinks – links that appear in the physical world – are a little less ubiquitous. The QR Cloud Project was dreamed up by Amsterdam-based urban collective Golfstromen and uses QR codes to hardlink items in the real world to a virtual world of poetry and stories. 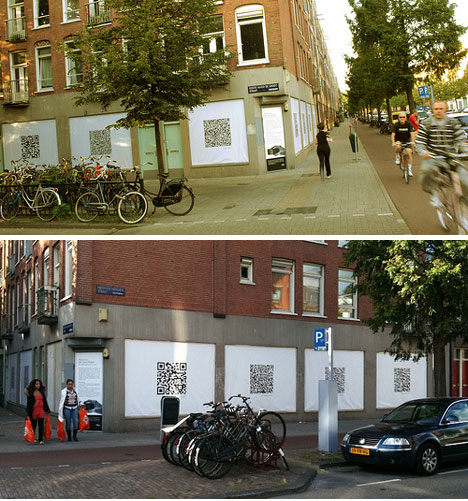 Using a mobile phone with a QR reader program installed, passers-by can snap a picture of one of the boxes and the software will decipher the unreadable code. Hidden within those blocks of black and white, Golfstromen have hidden anecdotes, poetry, and mini-stories from Dutch writers, poets, artists and scientists. The project is a clever combination of traditional art forms, current widely-used technology, and futuristic technology. 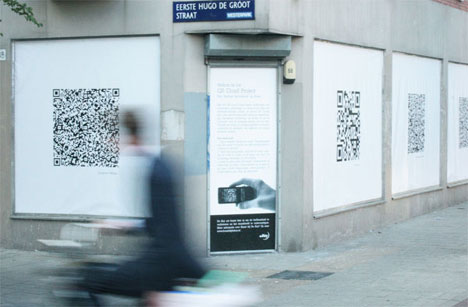 The seven two-dimensional codes were pasted onto the windows of a building that was soon to be demolished. The goal of this unique public art project was to introduce the public to QR technology and to play on people’s natural curiosity. Finding a secret hidden in plan sight in the middle of the city is a delight that few people, regardless of age, could resist.

See more in Digital Design or under Technology. April, 2010.