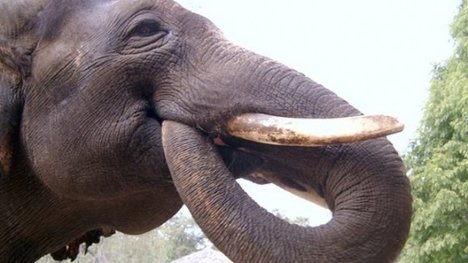 Koshik, an Asian elephant living in a zoo in South Korea, can speak five words of Korean – and according to native Korean speakers, the words are highly recognizable. Koshik has been studied for several years by researchers from the University of Vienna in Austria. Their goals were to determine how the elephant mimics human speech and whether he actually understands the words he is saying. 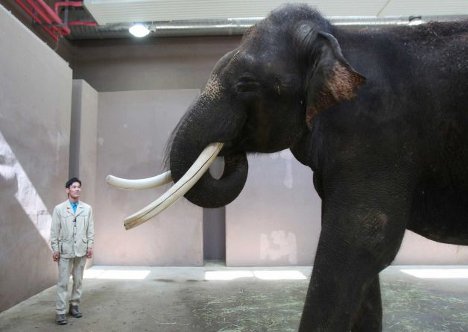 Koshik spent the first part of his life in the exclusive company of humans, a fact that the researchers think was crucial in his unique story. Without other elephants around to socialize with, Koshik sought out opportunities to bond with his human companions. He apparently did this by figuring out how to imitate his trainers’ speech. Although elephants’ physiology does not allow to them to speak in exactly the same manner as humans, Koshik developed a work-around method. He puts his trunk into the corner of his mouth to change his elephant sounds into people sounds.

So far, Koshik can say five words in Korean: good, sit down, hello, lie down, and no. In the video above, he only displays his mastery of one word: “choah,” which is the Korean word for “good.” According to the researchers studying the fascinating pachyderm, Koshik does not understand the meanings of the words he says. They believe that he developed this mimicry in order to strengthen social bonds with the humans around him rather than to communicate with them. Still, the fact that he was able to modify his natural sounds to copy the sounds of the creatures around him is a fascinating example of the animal’s intelligence and learning ability.

See more in Earth & Nature or under Science. November, 2012.