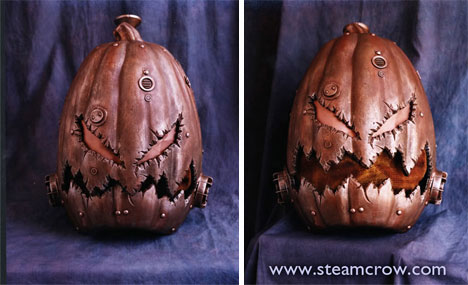 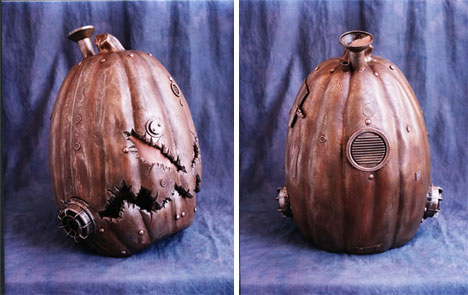 Using a decorative foam pumpkin, Davis carved out the monster’s terrifying features and added little decorative touches. The eyes light up and the jaw opens and closes, adding volumes to the mask’s already-scary visage. 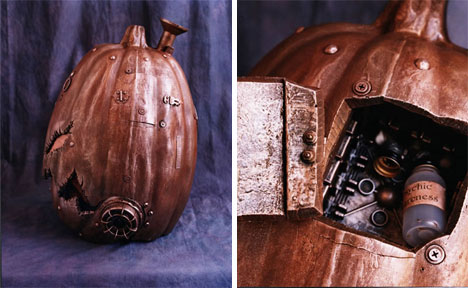 A little door in the side of the mask opens up to allow the wearer to insert dry ice, which results in “steam” pouring out of the vents on the forehead and in the back of the mask. The inside of the head is a little less sophisticated than the outside, consisting of little more than a bicycle helmet, but the interior isn’t meant for impressing anyone. In this case, it’s what’s on the surface that counts. As far as we know this freaky helmet is one of a kind – but we want one in the worst way.