10,000+ Subscribers
Head-Tracking VR System Keeps Your Eyes on the Game 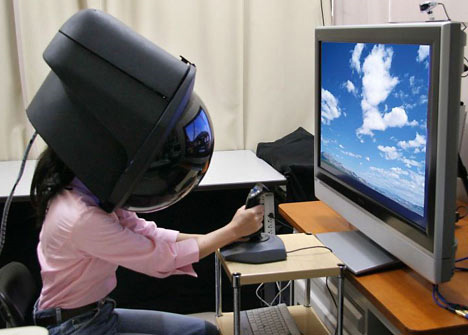 Oh, virtual reality gaming. We waited with bated breath for so many years, and yet you never appeared in the awesome form that we so eagerly expected. When you did come around in some way, you were so terribly beneath our expectations (see the above ridiculousness) that most of us just blithely turned back to our XBox 360s with a disaffected “meh” and forgot that we ever loved you in the first place. But now we hear you’re stealthily building up for a comeback via a team of University of Texas students, and we have to say that our little spark of affection has been effectively re-ignited.

The team in question is developing a head-tracking motorized pico projector that senses where a player is looking, then changes the gaming vista accordingly. All that’s required is a small camera – no ridiculous 30-pound headset has to be donned at any time. No matter which way the player moves around or turns her gaze, the display shows a scene that looks just like the sights one would see in actual reality. The system isn’t too robust at the moment, being in the early stages of development, but based on the video it has some real promise as the future of virtual reality gaming. 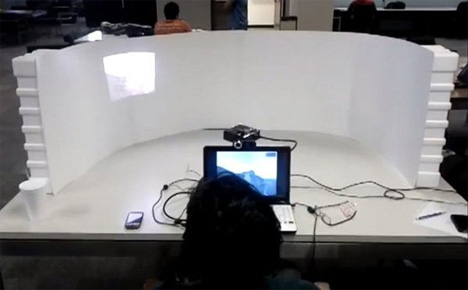 The only games that have been tested with the system so far are a first-person shooter and a flight simulator, both of which seem like pretty great choices to try out a setup like this. If the research and development continue and we see this make it onto the gaming market in the next 20 years (you know, while anyone who remembers the former promise of virtual reality is still young enough to want to play with it) it could do marvelous things for our major disappointment disorder.