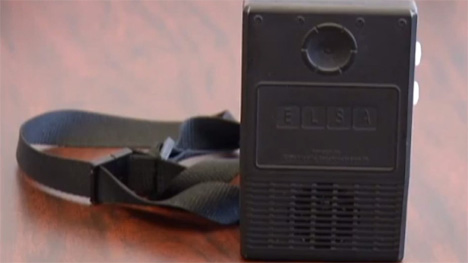 When police officers, paramedics, firefighters or other first responders arrive on the scene of an emergency, communication with the parties involved is extremely important. But if there is a language barrier, it can be almost impossible for the two sides to communicate with one another. RTT Mobile has released a product called ELSA that will eliminate those language barriers with the touch of a button.

The ELSA, which stands for Enabling Language Service Everywhere, is a small handheld device that, when activated, connects the user with a network of interpreters who can translate 180 different languages. This allows immediate communication between parties, and the conversations are recorded for future playback.

The device contains a high-quality microphone and speaker, enabling clear communication. Many of the the network of interpreters have special training in medical, business and government terminology so they are able to correctly translate even the more complex concepts. So far the ELSA isn’t being widely used, but we can see it becoming an essential part of every first responder’s gear.

See more in Various Gizmos or under Gadgets. August, 2013.