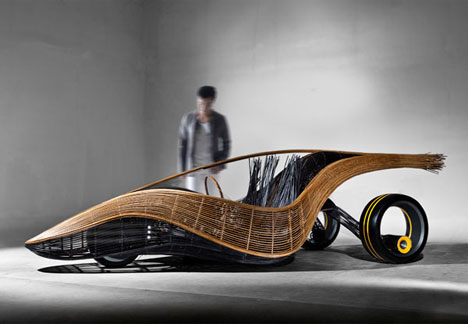 Old cars and car parts make up a huge part of the worldwide waste stream. A team of designers in the Philippines has developed a rather sophisticated response to that problem with this car, which they’ve named The Phoenix. The prototype has a body made of biodegradable materials that you can simply throw away when you no longer need the car. 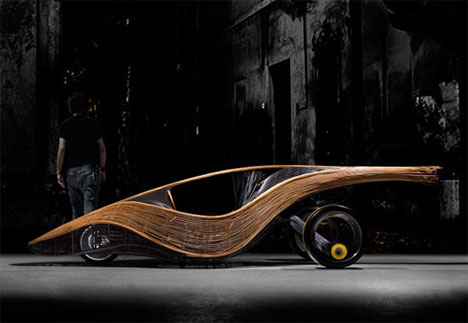 The gorgeous design looks like some kind of space-age bed, but it’s definitely built to rule the road in true environmental style. While most people only keep their cars for five to ten years, the biodegradable body of the Phoenix is meant to completely break down in the same amount of time – so within a decade this car could go from factory to the road and back to the Earth. While the body is simply thrown away, the metal chassis can be reused again and again until the parts wear out. 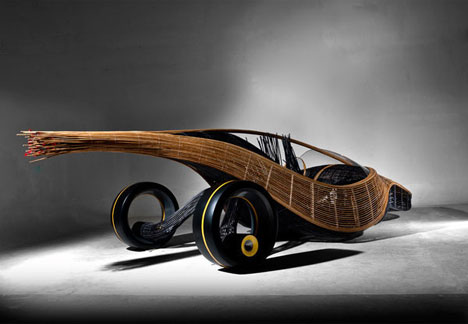 The body is made of a mix of bamboo and rattan, so it’s doubtful that it would ever pass safety tests and make it onto the road. But it’s a lovely concept that underlines the type of creative solutions some designers are coming up with to solve our seemingly overwhelming waste problem.

See more in Concept Vehicles or under Transportation. December, 2011.