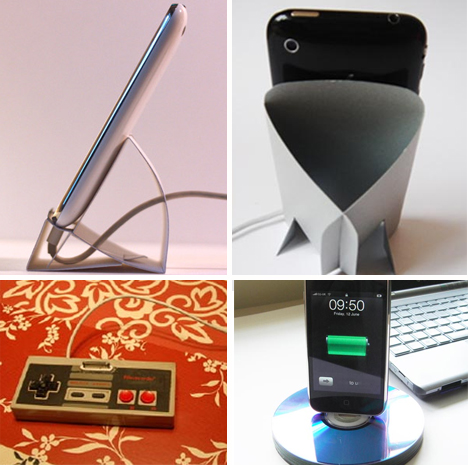 If you’ve been saving up for an iPhone 3GS, you might be disappointed to find out that it doesn’t come with a dock. The official Apple version will set you back about $30 on top of the cost of the phone itself. There’s no need to shell out the extra money, though – there are plenty of do-it-yourself projects available online. These four projects are fun, fast and pretty darn cheap. 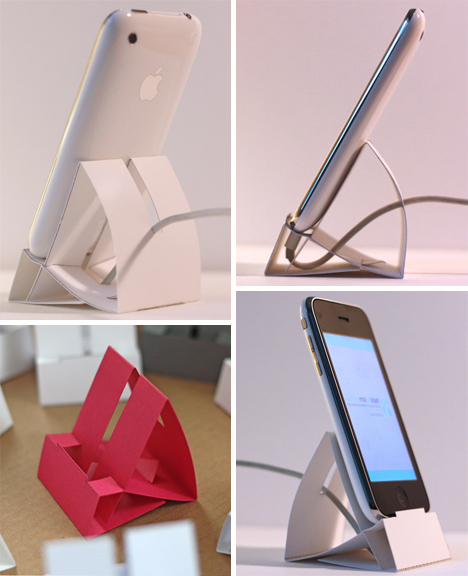 Julien MadÃ©rou was surprised at how expensive docks for the iPhone 3GS are. Internet searches turned didn’t turn up any paper templates that appealed to him. So, being a talented industrial designer, he decided to simply design one himself. He’s kindly offering it for free download on his website. The original file is for A4 sized paper; there is also an American letter-size version. Be sure to use cardboard rather than paper for stability. 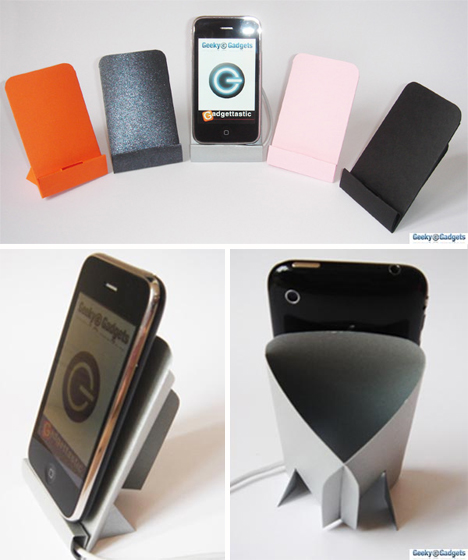 Geeky Gadgets also has a nice cardboard DIY iPhone dock template available for download. The configuration is a little different than the one above, but it supports an iPhone just as well. The template is available in A4 size only, but is easy enough to make. The simplicity of the design fits well with the whole Apple image, and you can customize your dock by just changing up the color or design of the cardboard you use. 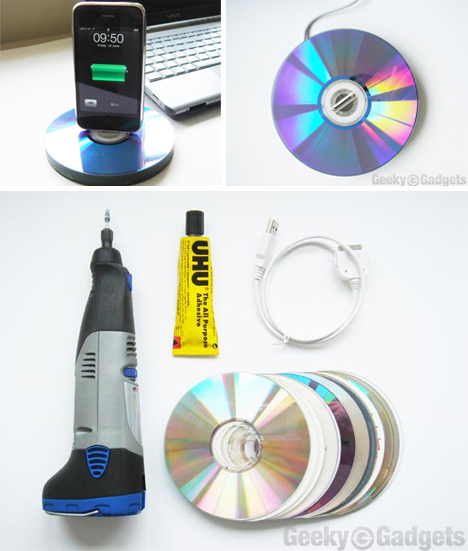 If you’ve got a whole stack of old CDs just sitting around wasting space, why not put them to good use? Geeky Gadgets created an awesome iPhone dock from some CDs and adhesive. You’ll need a Dremel (or similar) tool, some strong adhesive, clamps for clamping the CDs together after they’re glued, and a stack of 11 or 12 old CDs or DVDs. The great thing about this dock is that it will work with virtually any iPhone, not just the 3GS. 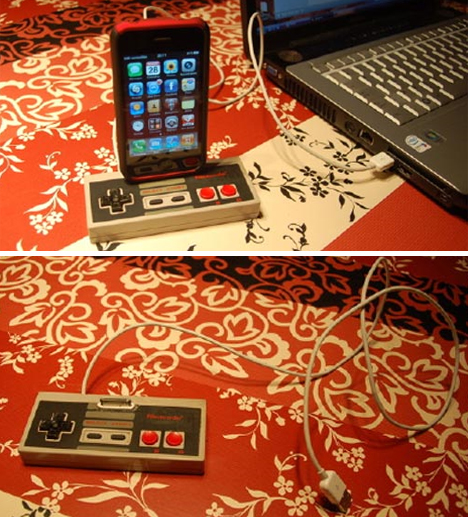 This is easily the coolest iPhone dock we’ve seen. It recycles an old NES controller into a great piece of new technology. There are no instructions with the pictures on the iPhonefr forum, but it should be easy enough to figure out. And with an iPhone and an NES controller joined together, you’ll for sure be the geekiest geek on the block.