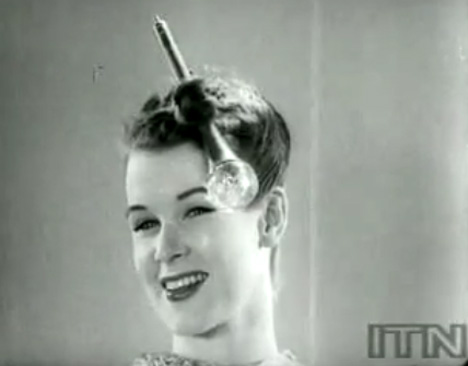 Fashion designers and technology designers make a living trying to figure out what will be big next year and next decade. But when fashion designers in the 1930s were asked to look forward a full 70 years, they came up with some wacky ideas. This short video details some of the crazy predictions made by designers for fashion in the year 2000. Not surprisingly, most of them revolve around technology that the designers predicted would be invented by the turn of the century.

The designers’ predictions were surprisingly accurate for the most part. Granted, modern women typically do not wear light bulb headbands to attract honest men, but we do wear phones and we do have artificially controlled climates (like air conditioning and heating). Women do indeed wear trousers these days, and if you substitute vinyl for the “glass” dress in the video, the bulk of the predictions seem more or less spot-on.

See more in Vintage Videos or under Vintage & Retro. February, 2011.