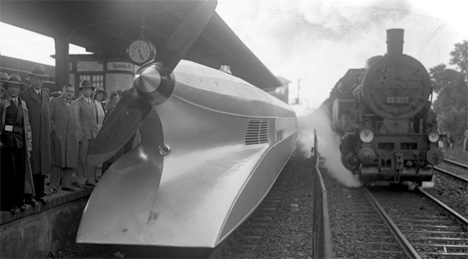 The Germans have always been known for their creative automobile designs, but the propeller-driven locomotive might have been their most impressive feat ever. The aluminum Schienenzeppelin, built in 1930, was so awesome that it set the land speed record in 1931 at 140 MPH – a record which wouldn’t be beaten for 23 years. Its massive wooden propeller moved the surprisingly light (for a train) 20-tonne locomotive along the tracks in cooperation with a 600 HP motor. 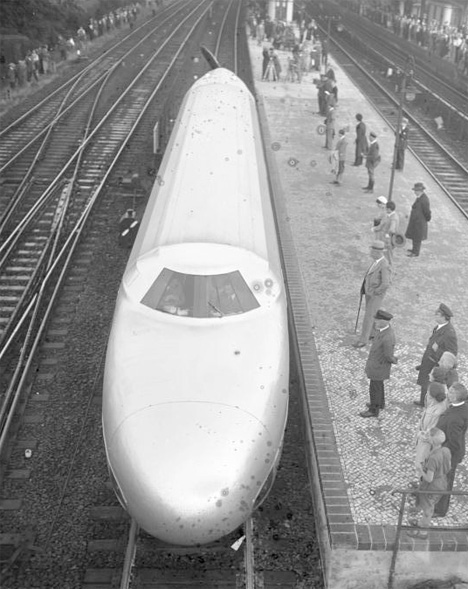 Sadly, the Schienenzeppelin (“Rail Zeppelin”) never actually went into production. It seems there were some safety issues involved with a gigantic, non-enclosed multi-blade propeller on the back of a vehicle which came remarkably close to a bunch of people standing on a train platform. Who could have predicted that? Apparently not the Deutsches Reich: the one and only Schienenzeppelin was dismantled in 1939 so that the materials could be used for war efforts.