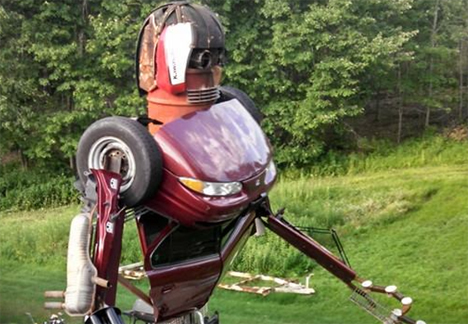 Those pink flamingos and garden gnomes in your yard are about to get really, really sad. Wisconsin artist and metalworker George Edgren created a 23-foot-tall Transformer sculpture in his yard that towers above the buildings. 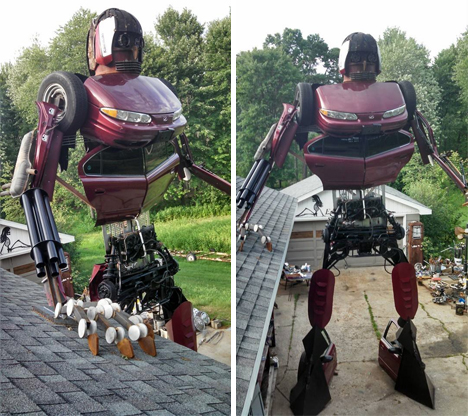 Hardwire, as the giant robotic sculpture is known, used to be an Oldsmobile Alero. Although the experienced artist had been making metal lawn art for years, he had never before tackled such a large project. Edgren’s friend convinced him to undertake the project, which about a month to complete. 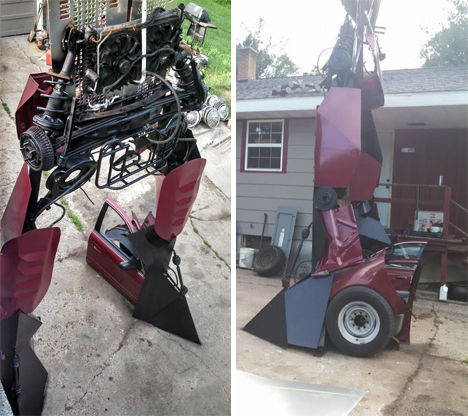 Like any good scavenger, Edgren used all of the car’s parts. The hood was transformed into a strong chest, the doors were used to make abs and feet, and other various pieces form the giant sculpture’s body. Edgren’s first step was to create the framework of the robotic man, then he added artistic touches. His goal wasn’t to build any specific Transformer; he just went with the idea he worked out in his mind. 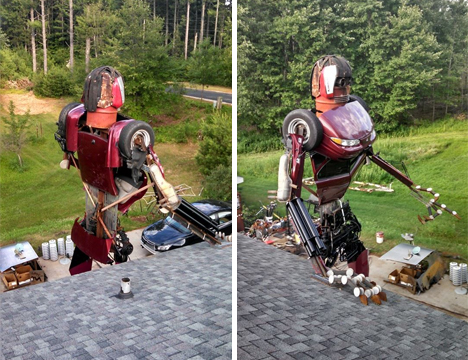 Hardwire can’t help but attract attention with his impressive stature. Unsurprisingly, kids are fascinated with the big metal man and want to know when he’ll start walking around. Although Edgren doesn’t have any specific plans for more giant sculptures, he hasn’t ruled out building something even bigger and more impressive in the future.