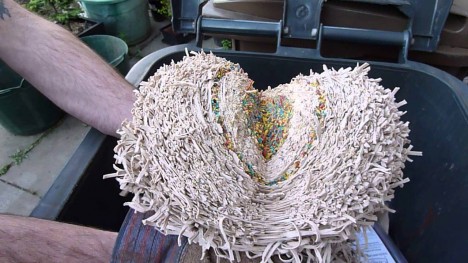 We have a confession: we avoided watching this video for a couple of months. It seemed pointless, like there was no possible way that cutting a huge rubber band ball in half with a hand saw could possibly be interesting. We, dear readers, were totally wrong. This is the most awesome thing we almost never saw.

YouTuber Jordan says that he and his dad built the big ball of rubber bands over the course of about a year. They picked up bags of elastic bands at the store regularly to add on to the bouncy project. After a while, they decided to cut it open to see what would happen. 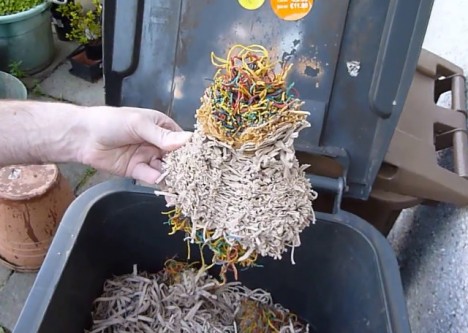 In the video, which starts after about 10-15 minutes of sawing, Jordan and his father reached the wiggly, creepy center of the ball. Luckily for lovers of weird stuff they recorded it so we could all see how bizarre the ball acted. It came to life – the center lurched out like a chestburster and various little jiggly rubber band pieces flailed about. And just like that, hundreds of thousands of people started their own rubber band balls and got their hand saws ready.

See more in Weird Science or under Science. February, 2015.