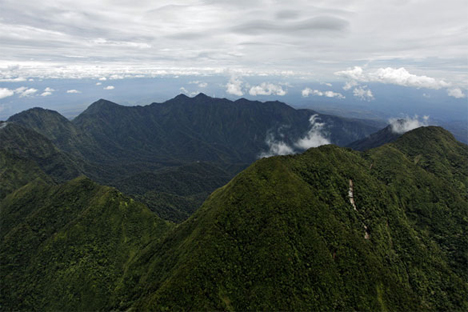 Since the last eruption of Mount Bosavi 200,000 years ago, the Papua New Guinea volcano has become a rich environment full of animals and insects that can’t be seen anywhere else on Earth. And when an expedition of researchers from the US, UK and Papua New Guinea ventured into the crater of Mount Bosavi earlier this year, they found a wealth of previously undiscovered species. 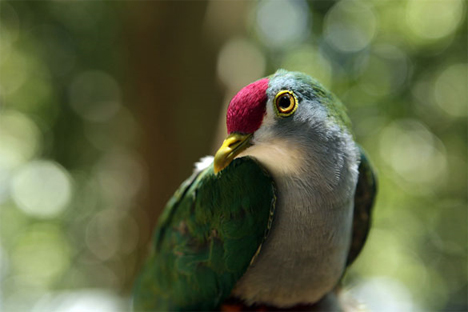 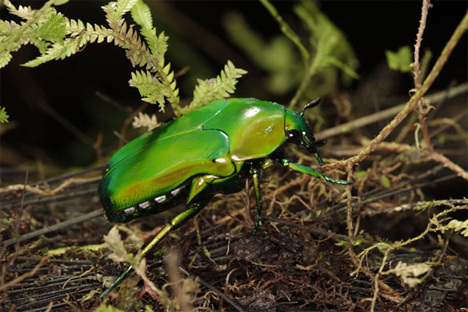 The expedition, filmed by the BBC for a three-part series, took the team into one of the remotest areas of the planet. The rain forest in the dormant volcano’s 100-meter-wide crater is nearly inaccessible. The nearest village is 15 miles away, and the local language is spoken by fewer than 1000 people. The team had to explain to the villagers the concept of paying them for their help and the temporary use of their land to set up base camp. Shown above: the fruit dove and an iridescent beetle found in the crater. 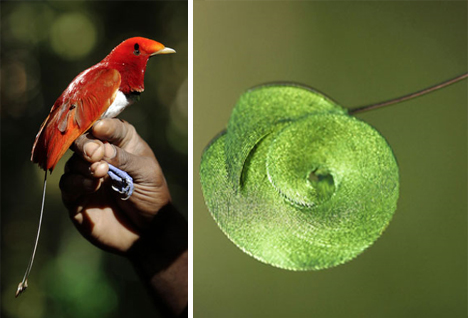 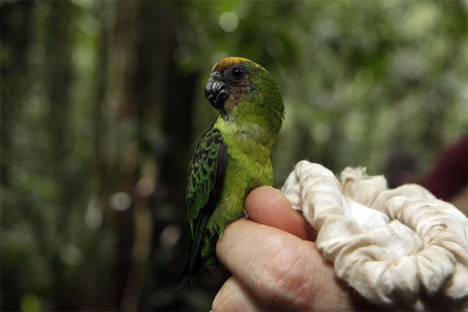 The world inside the crater was completely untouched by human influence. The giant rodents they discovered had no knowledge of humans and therefore showed no fear of the researchers. Above, the king bird of paradise and a detail of its ornate tail plumage used in mating rituals, and the buff-faced pygmy parrot. 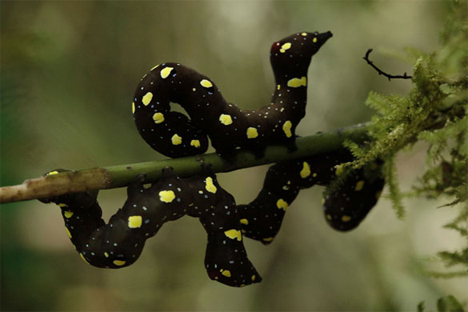 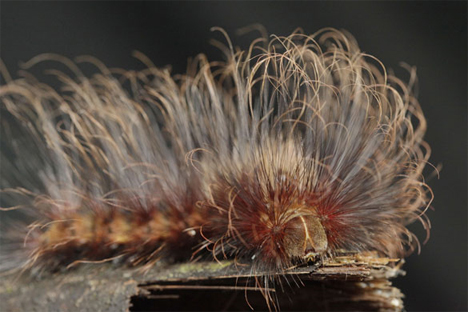 With the rain forests of Papua New Guinea disappearing at a rate of 3.5% each year, these newly-discovered species are at risk of losing their habitat. Above, the black and yellow noctuid caterpillars group together to appear larger to predators; the hairy caterpillar was just one of more than 40 new species discovered in the crater. 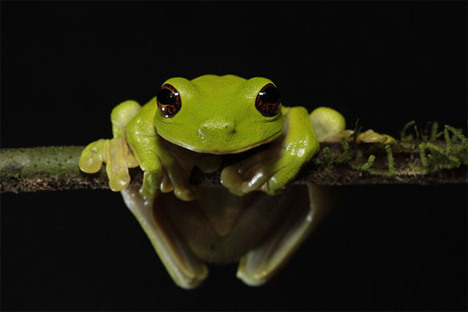 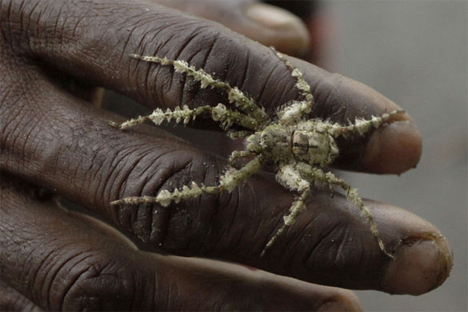 Because of their extreme isolation, the species in the Mount Bosavi crater evolved completely separately from other wildlife. A new species of fanged frog was found, along with the above spider which disguises itself as lichen to trick predators. Since there are no cats or primates in the crater, the main predators are large monitor lizards. 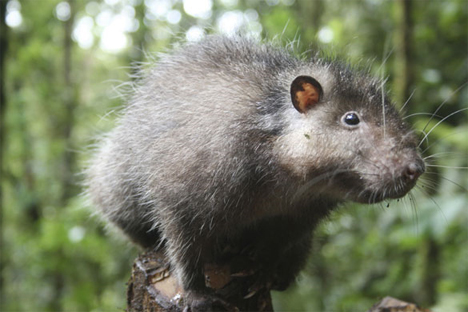 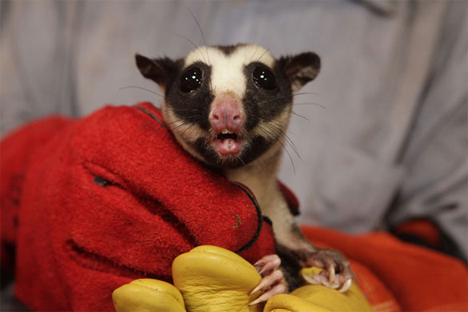 The spectacular new species discovered in the crater included this large wooly rat, which may prove to be the largest in the world at 3 pounds and 32 inches long. The striped possum shown above releases a noxious odor as a defense mechanism when alarmed. 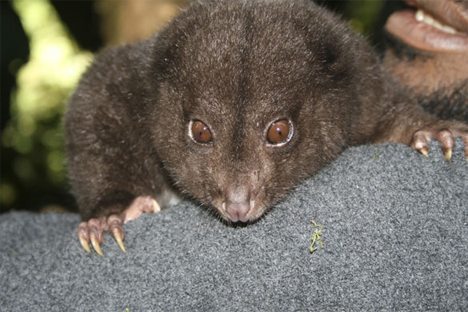 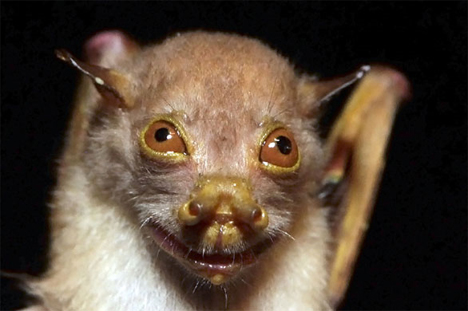 The never-before-seen marsupial Bosavi Silky Cuscus, seen here relaxing on the shoulder of a member of the research team, resembles a small bear and feeds on the fruit and leaves in the trees where it lives. This common tube-nosed bat may not be a previously undiscovered species, but it is just one part of the incredible lost world researchers found in the remote crater.

See more in Earth & Nature or under Science. September, 2009.