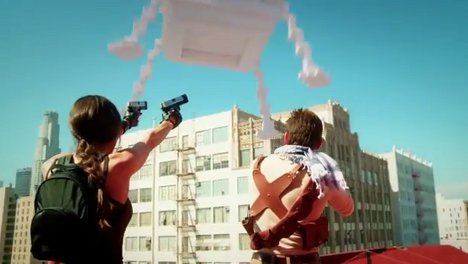 In an epic battle to end all battles between old school and new school video games, who would emerge victorious? This intense video short explores the question by pitting the older generation of games against the newer, flashier console heroes.

With appearances from some of the most recognizable recent video game figures, the video shows a short but powerful war. Legions of retro game sprites pour out of a wormhole in the sky, bent on causing chaos in the world of the newer, more realistic games. In the end, the outcome makes perfect sense to us.

See more in Digital Design or under Technology. September, 2012.