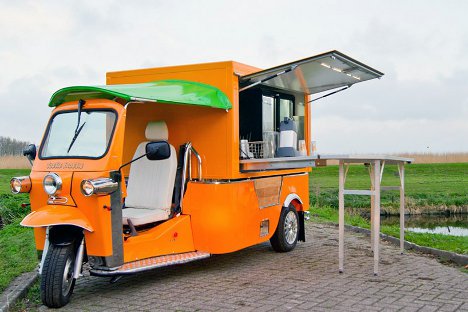 Three-wheeled auto rickshaws, or tuk-tuks, aren’t a common sight in America…but in other parts of the world, they’re everywhere. Typically, they are propelled either by cycling or by petrol or diesel fuel. Dutch company Tuk Tuk Factory has taken this unique type of vehicle and turned it into a fully electric food truck. 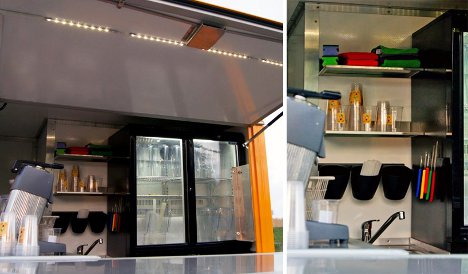 The E-Tuk Vendo seems to be the first electric tuk-tuk to be produced specifically for food service. The adorable vehicle is deceptively small; in its cargo area it sports a refrigerator, sink, plenty of storage and a counter that pulls out to become the working/selling area. 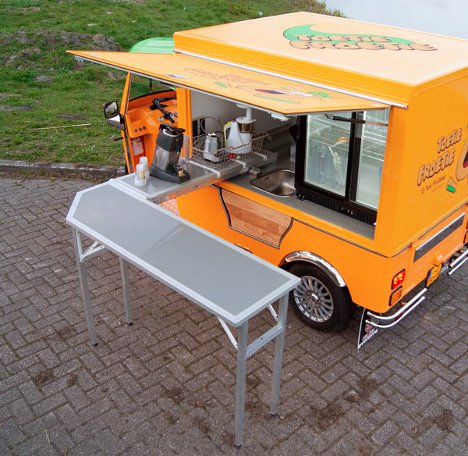 Operated by a lead-acid battery, the truck can go nearly 40 miles on a single charge. It is designed to be plugged in while it is stopped, both to recharge the battery and to power all of the internal systems. While stopped, the side panel lifts up and locks into place to become a lighted canopy. 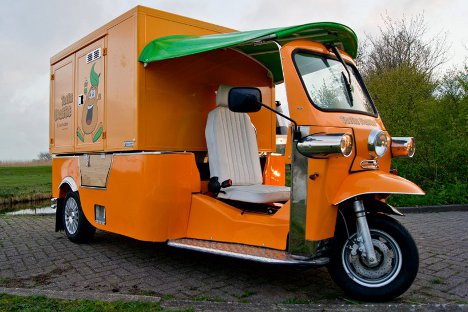 After a hard day of street food sales, the truck’s battery fully recharges in about 10 hours. Dutch smoothie vendors Toeti Froeti received the first version of the E-Tuk Vendo, the saucy orange number pictured here. According to Tuk Tuk Factory, there is a huge demand for eco-friendly electric food trucks all over the world – and their particular type of truck inspires smiles in everyone who sees it.

See more in Mods & Custom or under Transportation. May, 2012.