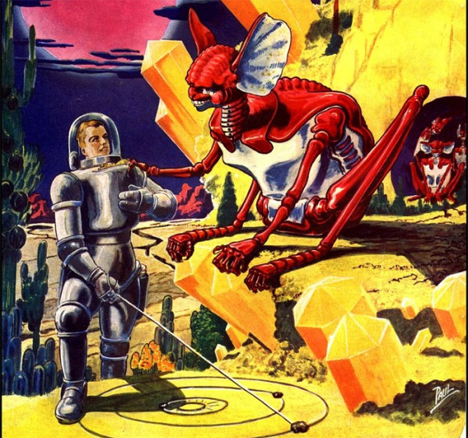 Frank R. Paul was an illustrator who was an expert in future speculation in the 1920s and 1930s. His illustrations were so influential as to define the looks of science fiction illustrations for decades to come. In particular, his imagined creatures from other planets illuminated the imaginations of Earthlings. 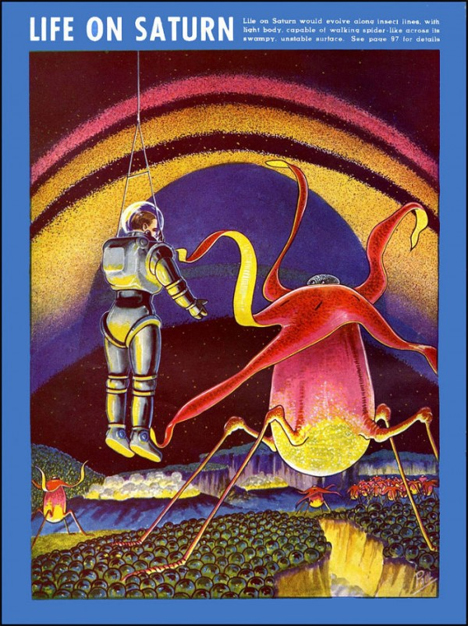 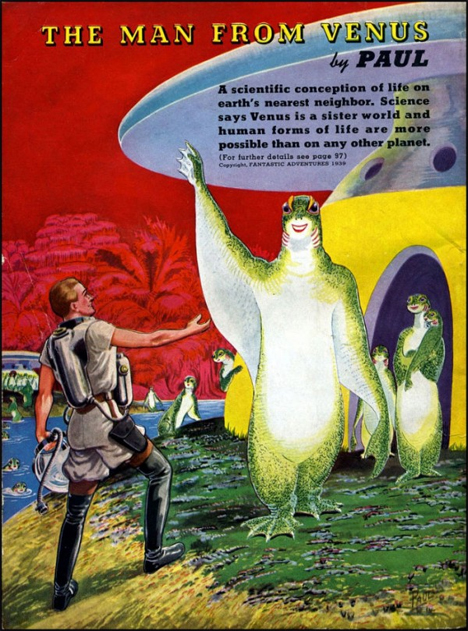 Taking into account the little knowledge that we had about the other planets in our solar system in that time, Paul dreamed up what alien creatures might look like. 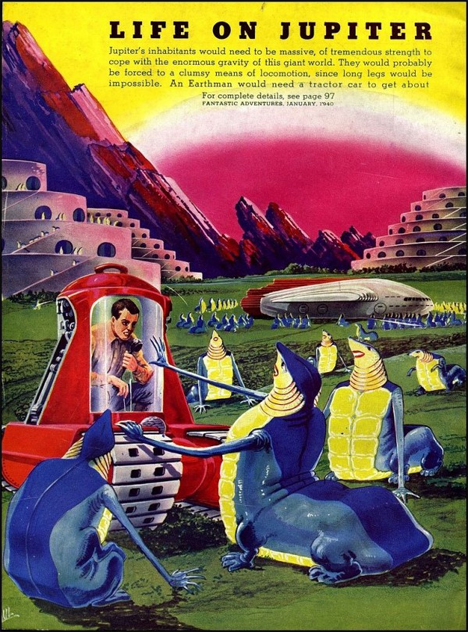 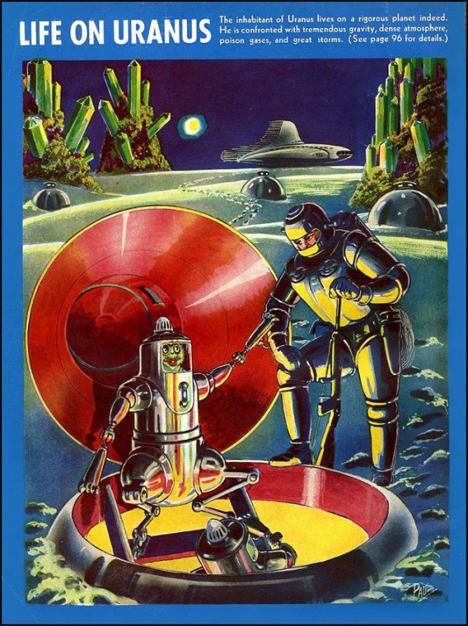 Creatures from Mercury (pictured at top of the page) would be insect-like thanks to their close proximity to the sun. Jupiter residents would have no legs thanks to the very strong gravity there; rather, they would slither around like enormous slugs. 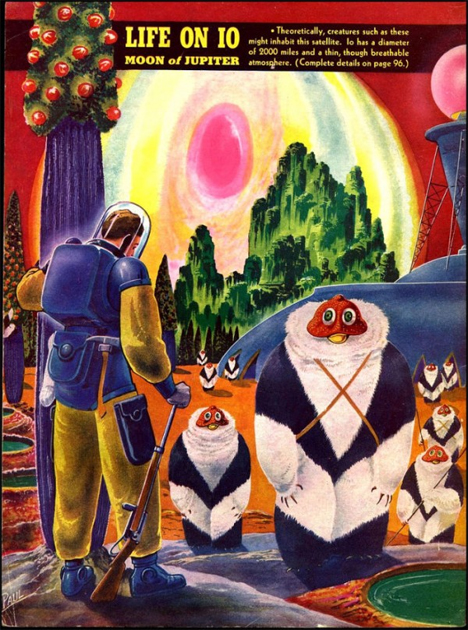 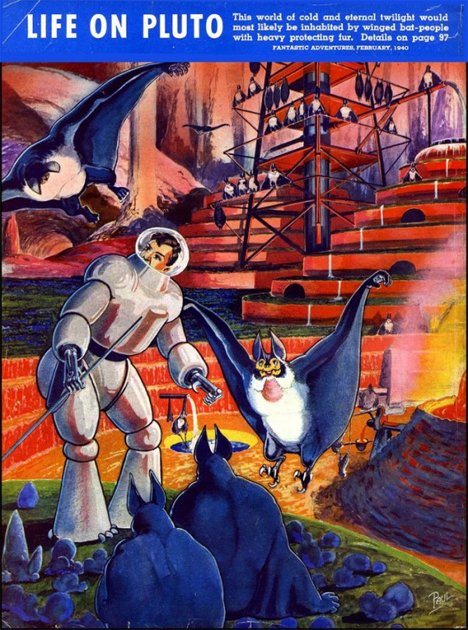 Strangely, Paul’s imagined creatures from Io, one of Jupiter’s moons, look the most like something you might see on Earth. Decades later, Io would be considered as potentially being able to support life.

We’ve since learned so much more about our solar system that we know these life forms don’t actually exist. Still, Paul’s imagination illustrated for us the vast possibilities that exist out there in space.

See more in Retrofuturistic or under Vintage & Retro. March, 2014.